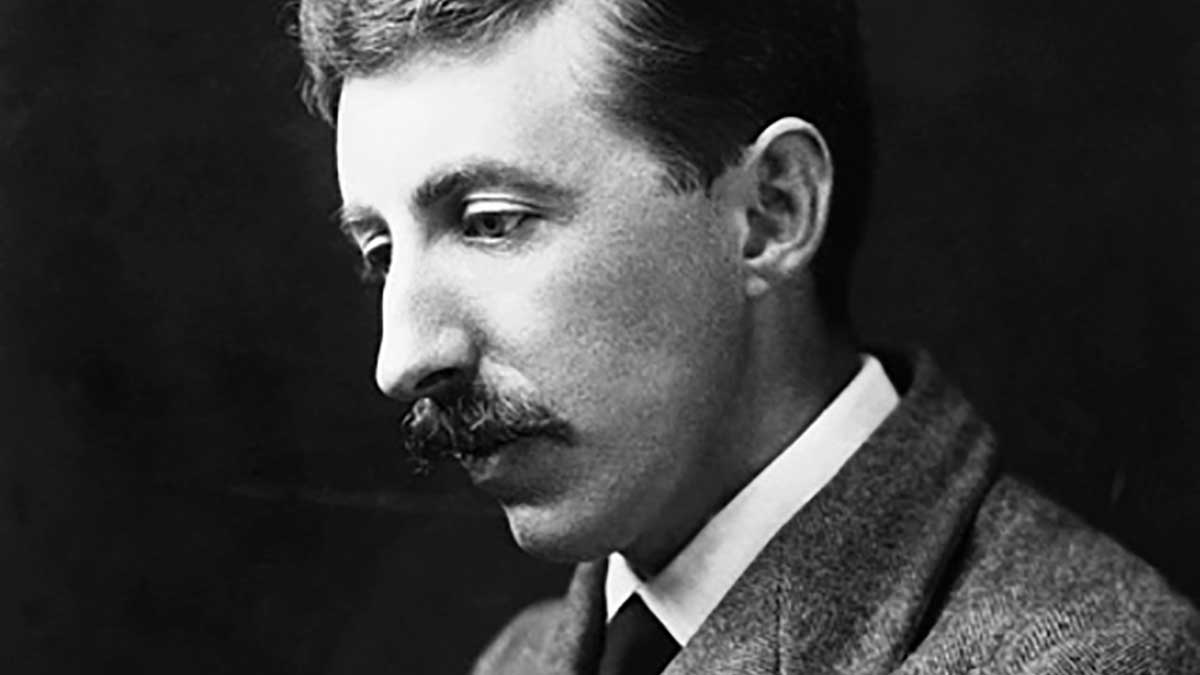 Odyssey Television’s ‘EM Forster: His Longest Journey’ is a touching and intimate portrait of the celebrated twentieth century English writer. The title derives from his earliest, semi-autobiographical and least-read novel, The Longest Journey, which Forster saw published in 1907. The documentary is an effective summary of Forster’s life, personality and work. It reveals the kind of man he was, his early influences and closest friendships, and also offers an overview of his most-celebrated works of fiction.

There are contributions from leading academics including Professors Wendy Moffat, Max Saunders and Santanu Das, which lend the content heft and veracity. For lovers of the big screen adaptations of Forster’s works, Helena Bonham-Carter, who starred in no fewer than three, speaks to camera. There is also archive footage of David Lean (the celebrated British film director who was behind the camera for 1984’s A Passage to India) explaining the difficulty he had in getting his epic project off the ground. There is a contemporary contribution from James Ivory, the American filmmaker who directed three Forster adaptations – A Room With a View (1986), Maurice (1987) and Howard’s End (1992). Linking narration is supplied by James Wilby, the actor who played the titular Maurice. Clips from all of the movie adaptations are interwoven with interviews, archive photographs or black and white footage of the author. Another notable inclusion is footage of writer Christopher Isherwood reflecting on Forster’s death.

Viewers interested in Forster’s work, who have perhaps read a few of his novels or enjoyed the film adaptations, will enjoy this documentary and learn new things about Forster’s life. Given that the final novel he worked on, A Passage to India, was published in 1924, I was surprised to learn that he lived until 1970. Why didn’t he write any new novels in the last four and a half decades of his long life? The documentary plugs some of those gaps, explaining why he only wrote six novels, and why Maurice, concerning homosexual relationships, came to be published posthumously.

With a duration of only fifty minutes, His Longest Journey is necessarily selective. Whilst Forster’s first book, The Longest Journey, his most controversial, Maurice, and his greatest, A Passage to India are discussed at some length, the others are rather more skimmed over. Indeed, Where Angels Fear to Tread occupies very little time other than a short clip from the 1991 film adaptation. The documentary may not be substantial enough to appeal to those already well-steeped in Forster’s life and work.

The decision to talk about only some of his books in any detail appears to have been made to allow the focus to remain on how Forster’s personality, particularly his homosexuality, influenced his work. Revealed through his words, the contributors examine how the author saw the world and his place in it, which in essence is the subject matter the author drew from. We learn a lot about his close male friendships, his loss of innocence and his relationship to a married police officer and his wife, which was to become a close, intimate and lasting bond. If anything, though, a lot is left unspoken, and questions remain. Undoubtedly, for a thorough analysis of Forster’s long life and work, absorbing a biography would be necessary. But EM Forster: His Longest Journey is an appealing, well-researched and lovingly made sketch of a great writer that can’t help but whet the appetite for more.