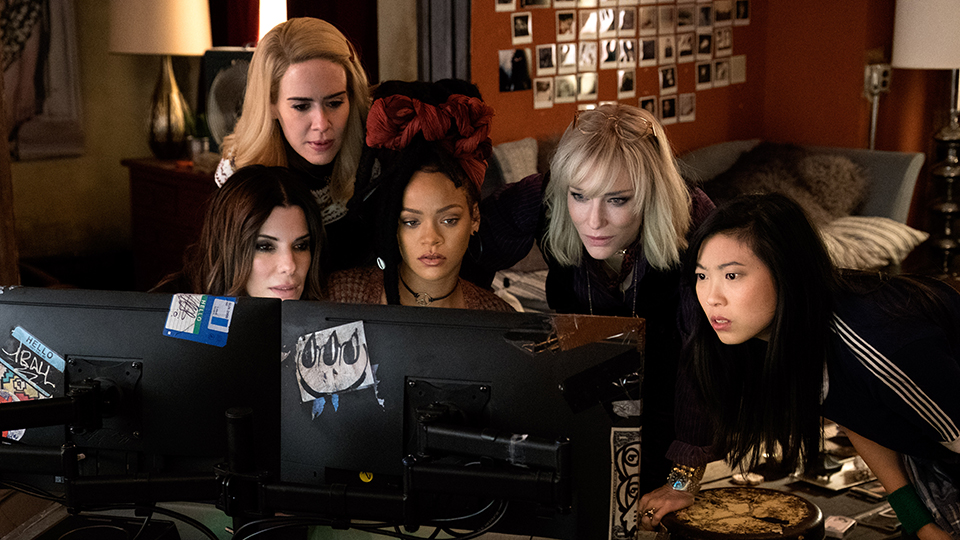 Ocean’s 8 has opened in the US so the first reviews for the film are already out there.

The latest instalment in the Ocean’s franchise, Ocean’s 8 focuses on a team of female criminal’s headed up by Danny Ocean’s (George Clooney) estranged sister Debbie (Sandra Bullock – take a look at her 10 highest-grossing films), who are plotting to rob the Met Gala.

Has Ocean’s 8 been a resounding hit with the critics? Find out what the reviews are saying with our round-up…

“Ocean’s 8” is a casually winning heist movie, no more and no less, but like countless films devoted to the exploits of cool male criminals, it lingers most — and not just for 8-year-olds — as a proudly scurrilous gallery of role models.”

“I left Ocean’s 8 more convinced than ever that no amount of fierce, fantastic female ensembles can overcome the mediocrity of a dull male director.”

“Its cast aside, the movie sounds and narratively unwinds like the previous installments, but without the same easy snap or visual allure. As a director, Mr. Soderbergh doesn’t throw the camera around, but one of the pleasures of his movies is a commitment to beauty as a cinematic end. Here, the actresses carry that burden.”

“A successful woman-centric comedy, like Bridesmaids, plays off rituals different from men’s. A failure like the latest Ghostbusters proves that just subbing female characters into a franchise is never enough. And considering what a truly creative filmmaker – anyone from Soderbergh to Greta Gerwig – might have done, it’s frustrating that this Ocean’s is so timid. Why bother rebooting a franchise if you’re not going to break the mould, at least a little?”

“If Ocean’s 8 had dropped out of almost nowhere—that is, without six months’ worth of advance hype—we could all be pleasantly surprised by it and have a great time. Instead, a movie that should have been a summer bonbon comes at us like an overloaded parade float. Ross—who also cowrote the script, with Olivia Milch—doesn’t hit the beats as squarely as he needs to. The movie’s rhythms are precariously wobbly; it needs to zip along lightly, as if motored by the energy of champagne bubbles.”

“Plot-wise Ocean’s 8 cleaves closely to the tenets of Heist Movie Lore but does little to enliven or tweak the formula. It lacks the jazzy swagger of Soderbergh’s trio but delivers a fun, likeable romp built on the charm and charisma of its cast.”