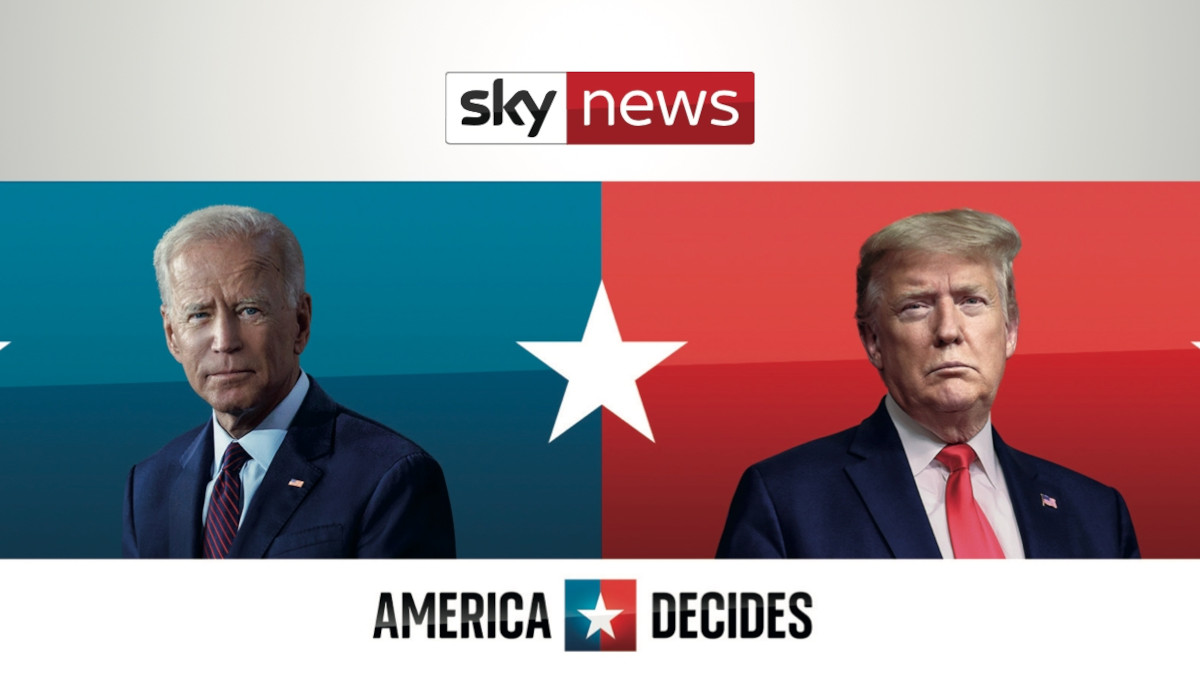 As the extraordinary build-up to the US Presidential Election continues, Sky News has unveiled coverage plans for election night on the 3rd November. These include live results, expert analysis, special guests and a bespoke augmented reality studio allowing viewers to visualise the ‘Race to the White House’ like never before.

With the US Election dominating media coverage around the world, Sky News will be at the heart of the story with a studio in Washington DC overlooking The White House, where the special results programme America Decides will be broadcast overnight on Tuesday 3rd November (from 10pm UK time) into Wednesday 4th November.

Anchored by Dermot Murnaghan, America Decides will provide unparalleled coverage of the race as it happens on a night that will shape the destiny of America – and the world at large. Accompanied by US Correspondent Cordelia Lynch, former aide to Donald Trump, Omarosa Manigault Newman and the former British Ambassador to the US Sir Kim Darroch. There will also be the academic and polling expert Ashley Koning.

On the night, the US coverage will be complimented by Ed Conway’s Augmented Reality set-up at Sky’s HQ in London where a stunning ‘Race to the White House’ will allow viewers to visualise which presidential candidate is leading as the state results roll in.

As the drama unfolds, Sky News will have real-time results from every county in every key state across the US, as well as the results of the National Exit Poll. It will be the most comprehensive election data ever used by the team.

This access to real-time data is the result of a close collaboration with NBC News, which, like Sky News, is also part of the Comcast Group. A core focus of the coverage will be the voices and views of the people of America whose votes will decide the outcome on 3rd November. This is the first US Election Sky has been a part of Comcast, and Sky News will have teams in key locations across the US including in the decisive battleground states to gauge reactions.

For those choosing to follow the US Election online, either through a laptop or mobile device, as well as the linear coverage, Sky News will offer a non-stop live blog throughout the night with expert analysis and breaking news. With fast results, the app offers a user-friendly, visually appealing interface updating with live data from the battleground states as the results become available.

Sky News is available to all free of charge via Sky TV channel 501, Freeview 132, and the live international streaming service on Sky News mobile and website as well as 24-hour breaking news coverage and analysis across their social channels.

In this article:Donald Trump, Joe Biden, Sky News, US Election