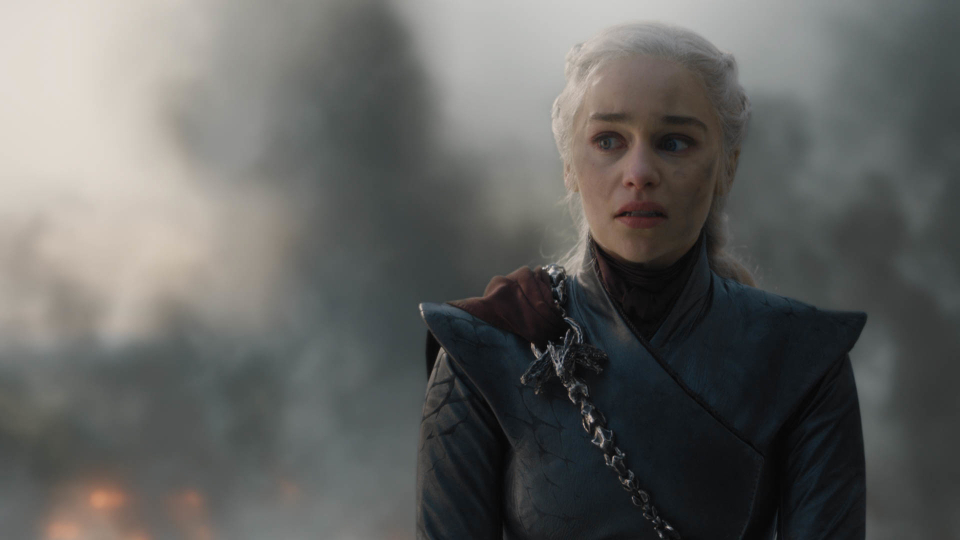 I can’t quite believe that we’ve only got one episode of Game of Thrones left. There’s just 80 minutes left to wrap up everything and that’s left me wondering about the big questions I still need answering from the finale.

In episode 5 The Bells the forces of Cersei Lannister (Lena Headey) and Daenerys Targaryen (Emilia Clarke) clashed in an epic battle at King’s Landing. I was expecting plenty of deaths and the episode killed off plenty of people.

What happens next is anyone’s guess but I’m hoping we get answers to most of the following 11 questions.

With Dany going full mad queen she used Drogon to pretty much destroy King’s Landing and the Red Keep. Even when the city rang its bells in surrender, she refused to stop and murdered hundreds of innocent civilians. There’s not going to be a great deal left and I can’t see the people who did survive being all that keen on Dany as their new ruler.

2. Did any of the main characters that we thought died actually survive?

I think it’s safe to say that Varys (Conleth Hill), Harry Strickland (Marc Rissman) and Maester Qyburn (Anton Lesser) are all dead. It would also be unlikely for the Hound (Rory McCann) to have survived his fall and Euron Greyjoy (Pilou Asbaek) appeared to be dead too. However, the seemingly unkillable Mountain (Hafþór Júlíus Björnsson) could well still be alive. I’m also presuming that Jaime Lannister (Nikolaj Coster-Waldau) would have died from his wounds had the castle not collapsed. I guess that there’s a small chance that Cersei (Lena Headey) survived but if she has then I doubt she’d stay that way for long.

3. Will Dany sit upon the Iron Throne?

Presuming the Iron Throne still exists, the teaser trailer (see above) for the finale looks like Dany is heading to claim the throne. She may well sit upon it but I’m not convinced she’ll be the one on it at the end of the finale.

4. Will Tyrion continue as hand of the queen?

Tyrion (Peter Dinklage) put his full support behind Dany and even told her that his friend Varys had committed treason. Dany has been losing faith in Tyrion for a while and told him he wouldn’t survive making another mistake.

Tyrion did everything he could to try and ensure the survival of King’s Landing and its people. The horrified look on his face as everything burned showed that he realised he’d made the wrong choice and it will be almost impossible for him to continue supporting her. If Dany finds out he let Jaime go and arranged a way out for him and Cersei I can’t see Dany taking it too well.

5. What was with that horse that Arya found?

Arya (Maisie Williams) attempted to get to Cersei in the hope that assassinating her would stop the war. She made it to the Map Room in the Red Keep but with Dany going crazy the Hound (Rory McCann) told her to flee if she wanted to survive. She really suffered because of Dany’s actions and was almost trampled to death by fleeing civilians and crushed by crumbling buildings. She did her best to try and save some people only for Drogon to burn them alive.

At the end of the battle Arya seemed in a really bad way but stumbled upon a white horse which she rode to safety. Is there a hidden meaning behind the horse? Death is said to ride a pale horse. Or maybe we’ll find out that Bran (Isaac Hempstead Wright) used his warg powers to save his sister? I suppose it could just be a horse though right?

6. Will Jon/Aegon continue to support his queen?

Since Jon (Kit Harington) found out that his real identity is Aegon Targaryen, things became rather awkward for him. Not only does he have the best claim to the Iron Throne, but it also means that Dany is his aunt. She’s tried to continue to show her affection but each time he’s pulled away from her.

Dany has seen the love the people have for Jon and has found herself isolated. Other characters such as Varys and Sansa (Sophie Turner) feel that Jon should step up and rule, but Jon doesn’t seem to want it. He has continually pledged himself to Dany as his queen but after seeing what she’s done to King’s Landing I can’t see him continuing to support her so easily.

Jon has the best chance of getting close to Dany, if she’ll still let him, but would he try to kill her?

7. Will Arya try to assassinate Dany?

It looks like Arya has probably substituted the last few people on her list for one new name – Daenerys Targaryen. Arya experienced the horror of the civilians of King’s Landing possibly more than any of the other main characters. She had no ambition to rule and is a trained assassin. She looks determined in the teaser trailer and will surely at least attempt to take Dany out.

Melisandre’s (Carice Van Houten) prophecy still left Arya to kill someone with green eyes. We all presumed that would be Cersei but maybe it’s Dany after all?

8. If someone kills Dany what will Grey Worm and Drogon do?

Taking out Dany could be fairly straightforward if someone can get close enough to do the deed. I’d be surprised if many are allowed close without Grey Worm (Jacob Anderson) guarding her. There’s also the problem of Drogon, will he go on a rampage if his mother is killed? Jon might be the only one who stands a chance of controlling Drogon.

9. Will we see anything more of characters who aren’t at King’s Landing?

While the Last War was raging at King’s Landing, lets not forget the many other characters who are still alive. As far as we know Sansa, Bran, Sam (John Bradley-West), Brienne (Gwendoline Christie), Tormund (Kistofer Hivju) and Ghost are all still at Winterfell. Will we get to see what they have been up to? Will Bran finally do something a bit more impressive with his powers?

Varys also spent his last hours spreading the knowledge about Jon’s true identity so that may also come into play.

10. Will we lose any more main characters?

Game of Thrones has a habit of killing off characters so I’d expect some more deaths in the finale. Daenerys seems like the obvious choice to be killed but Game of Thrones also likes surprises. Let’s just say I’m still nervous for many characters before the final episode.

11. Who will rule the Seven Kingdoms?

The question fans have been trying to answer for years will finally be answered in the last episode (At least I hope it is!). While Dany may start the episode on the Iron Throne, my money is currently on Jon/Aegon to be on it come the end. Still, I worry that seems a bit of an obvious ending.