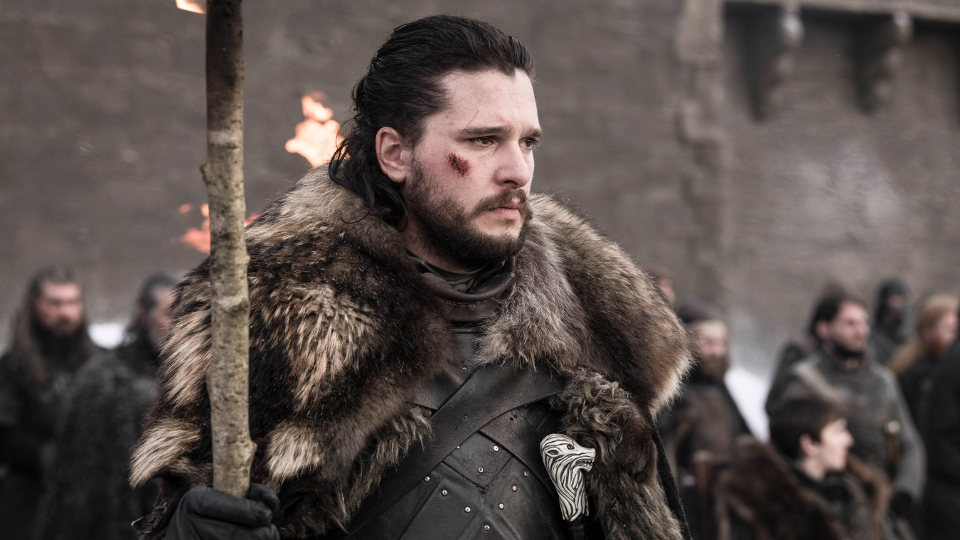 Ahead of the fourth episode of Game of Thrones season 8, I’ve been having a think about the questions I want answering. The outcome of the Battle of Winterfell was surprising in many ways. It left some big characters dead but many of the main ones are still in play.

It’s hard to predict what’s coming next but if we can get some answers to the following 10 questions in episode 4 then we might have a better idea.

1. Will Daenerys return to Dragonstone now Winterfell is safe?

Dany (Emilia Clarke) always planned to cross the Narrow Sea to take the fight to Cersei (Lena Headey) and claim the Iron Throne. When she arrived she agreed to help Jon Snow (Kit Harington) and the North out first in the fight against the Night King (Vladimír Furdík) and his Army of the Dead.

Dany’s army suffered heavy losses at the Battle of Winterfell including most, if not all, of her Dothraki riders and many of the Unsullied. Dany also lost her sworn protector Ser Jorah Mormont (Iain Glen) who died keeping his Khaleesi safe. Fortunately she still has her two remaining dragons, Drogon and Rhaegal, her advisors Missandei (Nathalie Emmanuel) and Grey Worm (Jacob Anderson). She also has Tyrion (Peter Dinklage), if she forgives him like Jorah requested, and Varys (Conleth Hill)

After some celebration and funerals for those who lost their lives I’m wondering if Dany will stick around at Winterfell. We know her plan is still very much to conquer King’s Landing and remove Cersei. She’s not going to do that from Winterfell plus she’s found a certain amount of animosity from the North. Strategically, moving her forces back to Dragonstone could be key for an assault on King’s Landing. However I’m not sure she has the numbers for that, even with two dragons.

2. What will Jon Snow aka Aegon Targaryen do next?

The secret is finally out, Jon knows his real identity. He’s also told his lover/auntie Dany and she was rather unimpressed to find out his claim to the Iron Throne is greater than hers.

I can’t see Jon caring all that much about ruling Westeros. He and Dany didn’t get time to chat about his revelation because the Night King and his Army of the Dead came knocking. Dany loves and trusts Jon but can she risk him stopping her achieving her goal? Let’s hope they finally talk about it in episode 4?

I’d imagine that Jon will stay with Dany for the time being. Maybe he’ll leave Sansa (Sophie Turner) in charge of Winterfell while he goes off to deal with Cersei.

3. What will Jaime Lannister do next?

Depending on who you ask, Jaime’s (Nikolaj Coster-Waldau) done some bad things in the past. He killed Dany’s father – the Mad King, Aerys II Targaryen. He fought Ned Stark (Sean Bean) and captured him which led to his execution. He pushed Bran (Isaac Hempstead Wright) out of the tower, leaving him crippled and he’s also been sleeping with his sister, Cersei.

Despite all this, Jaime is also a man of honour and true to his word. He lost his hand protecting Brienne of Tarth (Gwendoline Christie). He went against Cersei, when she wouldn’t keep her promise to send her army to help the North, and went on his own. Knowing the kind of reception he might receive he went to offer to fight for the living anyway. He also knighted Brienne and fought side-by-side with her on the walls of Winterfell.

It’s hard to predict what’s next for Jaime. He has a lot of respect and possibly love for Brienne, but might decide he needs to go back to Cersei. He has unfinished business with his sister and she’s also apparently pregnant with his child.

4. Will Bronn carry out his mission for Cersei?

Back in the season 8 premiere, Qyburn (Anton Lesser) gave Bronn (Jerome Flynn) a mission from Cersei – to kill Jaime and Tyrion. Bronn is a fierce fighter and has always been a sellsword, but would he really go through with this mission?

In previous seasons, Bronn became close to both of the Lannister brothers and even saved Jaime’s life. Surely he realises that everyone is going to be coming for Cersei? Personally I think he’d be a fool to even attempt the mission so I hope I’m wrong.

Either way, I’m hoping we at least get an update on what Bronn is up to in episode 4.

5. What was Bran really up to during the Battle of Winterfell?

I can’t be the only one who was seriously disappointed with creepy Bran at the Battle of Winterfell. He seemed to offer little in the way of help other than offering to sit in the Godswood waiting for the Night King to come and get him.

He spent a large chunk of the battle elsewhere as he went into one of his warging sessions. We saw he appeared to warg into a murder of ravens to maybe check on the Night King but was that all he was up to?

I’ve heard theories such as he was controlling Theon or off time-travelling to influence events. However, I’ve not heard a satisfying explanation yet. Will we find out what he was really up to? I hope so. Surely Bran still has a bigger part to play in the final three episodes and won’t just be left to sit and stare at people.

6. What is Cersei’s plan to deal with Daenerys and her dragons?

Cersei seemed rather pleased when she heard that the Army of the Dead had broken through the Wall. This meant that there would be a battle with heavy losses on both sides of the living and the dead. News will surely travel fast that the living won the battle and she must know that’s she’ll be their next target.

Despite not having the elephants she hoped for, Cersei is still sitting rather smug and looks quietly confident. She still has the madman Euron (Pilou Asbæk) on side with his Iron Fleet. Euron also delivered the 20,000 strong Golden Company mercenaries from Essos with their 2,000 horses and commander Harry Strickland (Marc Rissmann).

Earlier this season Cersei hinted she had a plan for Dany. We’ve not heard anything further on this but it surely involves a way to combat the dragons. The best we’ve seen from her so far is Qyburn’s scorpion that Bronn used to shoot Drogon. Will she use more scorpion’s to defend King’s Landing?

Of course, maybe there’s more to see from her undead bodyguard the Mountain (Hafþór Júlíus Björnsson). I’m sure he could eat a couple of dragons for breakfast.

7. Have we really seen the end of the White Walkers?

As we know, Arya Stark (Maisie Williams) used he sneaky assassin skills to get close to the Night King. He was quick enough to prevent her first attack but didn’t see her killing blow coming. Her Valyrian dagger through his chest seemingly put an end to the Night King and his Army of the Dead.

As much as I cheered when it happened, is that really the end of them? We know that Bran witnessed the creation of the Night King by the Children of the Forest back in season 6. This presumably means that he has the knowledge to create a new Night King. Whether he would he want to do so is another question.

8. When will Ghost do something?

Like most Game of Thrones fans I’ve been a rather disappointed at the lack of Direwolves in recent seasons. In particular, Jon’s Direwolf Ghost who was around all the time and then mysteriously absent. I know the creators have talked about the huge cost of making Ghost look real as one reason for his absence but I’m convinced he still has an important part to play.

It was fantastic to finally see Ghost back in episode 2, even though he was just sat in the background. Episode 3 was even better as we saw him charging into battle but we never saw him fight or anything. The teaser and first images for episode 4 confirmed that he did survive the battle.

I’m hoping the show is just teasing us before he does something huge. Let’s have him survive to the end and use him to put an end to Euron or Cersei please?

Arya made good progress with her kill list and a couple more names got scratched off after the Battle of Winterfell. The Night King was never on there but Beric Dondarrion (Richard Dormer) and Melisandre (Carice van Houten) both appear to be now dead.

So that just leaves Cersei Lannister, The Mountain, The Hound and Ilyn Payne (Wilko Johnson). I don’t know if Ilyn Payne is returning to the show in season 8 and it feels like Arya has taken The Hound off the list.

Cersei and The Mountain both still deserve to die though. I’m still hoping that the Hound has a chance to finish off his brother. I’m also not sure that Arya will be the one to put an end to Cersei. Maybe with the Night King under her belt she’ll just settle down with Gendry (Joe Dempsie) and have lots of babies. I doubt it though, so hopefully all will be revealed soon.

Like many fans, I’ve always felt that Samwell Tarly (John Bradley-West) is an incredibly important character. At times he’s been used as light entertainment but he’s also played a big part such as being the first to slay a White Walker, curing Ser Jorah of Greyscale and discovering Jon’s true parentage.

It was something of a miracle that Sam, Gilly (Hannah Murray) and Little Sam all managed to survive the Battle of Winterfell. I can’t help feel that they are being kept around for another important reason. I guess we’ll just have to keep watching to find out.