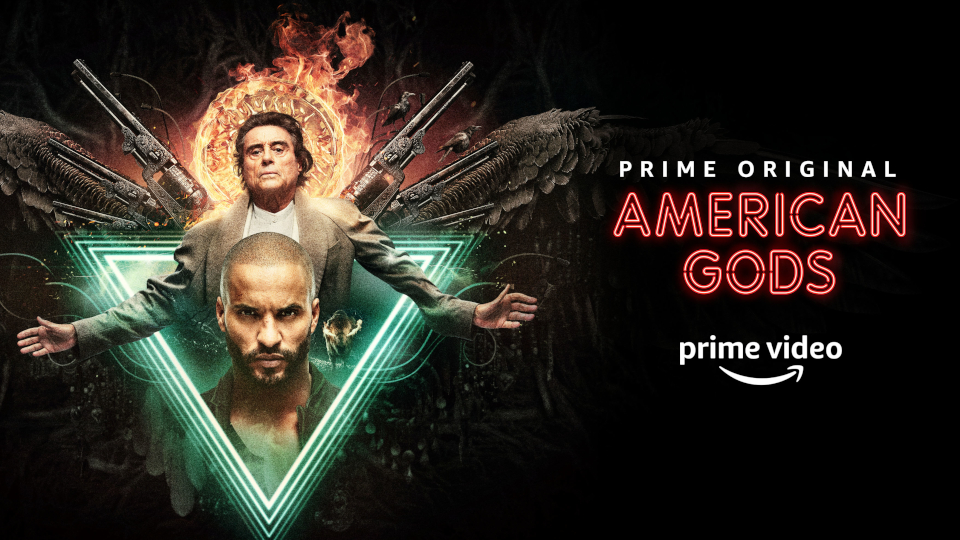 Season 2 of American Gods has come to a close but fear not, season 3 has already been confirmed. Charles ‘Chic’ Eglee (The Walking Dead, Dexter) will be taking over as showrunner.

Obviously details on season 3 are pretty much non-existent at the moment but now is a good time to look back on season 2 and American Gods in general with a few words from the God Squad themselves.

“I don’t think it’s going to replace anything…I feel it’s something completely fresh. When people say it’s the next Game of Thrones, I think they mean that it’s a big expensive show, it’s a monster of a show. I think it’s even more beautiful, I really do, Ian McShane said it right – Game of Thrones is ‘tits and dragons’.”

Ricky Whittle (on what keeps the show exciting)

“The fantastic thing about this show is that the more you read the book, the more you see and the more you watch the show the more you see because we’ve scattered Easter eggs throughout. But you’re not going to know until the show is five years down the line! So when you read the books, Neil Gaiman gives you everything you need to know in the first chapter, but you won’t understand that until you’ve read the whole book. You then read the book again and all of a sudden you’re listening to the dialogue, you’re watching things and searching for things that you didn’t know to look for… You can keep watching and you’ll see or hear something new every time.”

Ian McShane (on what sets American Gods apart from the rest)

“It’s not a Harry Potter show. It’s not a Marvel show. It’s not a DC show. I always think Gaiman’s writing in this thing is a bit like magic realism. It goes into other areas. It metamorphoses into something else and you’ve got to go with the characters.”

Ian McShane (on the character developments ahead of Season 3)

“You need to reward the viewer and we’re doing that, this season we’re getting back to the book. You will get to see this fantastic cast interacting more…You want to see more of characters developing these relationships, watching these dynamics evolve, because you care more. Moving on to season three, it’ll be the same. Hopefully those bonds get stronger with those characters.”

Neil Gaiman (on what’s next for American Gods)

“We didn’t make season two of American Gods not to make a season three, it’s a big book… What I’m hoping is it’s less about how long it’s going to take season 3 than getting a season 4 [renewal] once season 3 is underway so we can keep the writer’s room on and get the scripts written.”

Neil Gaiman (on Season 3 of the show)

“I’m thrilled American Gods has been renewed for a third season, and even more thrilled that I’m getting to work on it with Chic Eglee. Chic is the best partner-in-crime. We’ve been working for weeks now on the shape of the season and I’m delighted that he gets to carry the American Gods torch on to glory. Thank you to Fremantle, Starz and Amazon for having faith in the series, to Bryan, Michael and Jesse for bringing it this far, to all the cast and crew, and most of all to the viewers. It’s their love of the characters that took us to this point, and will take us on to the next chapter.”