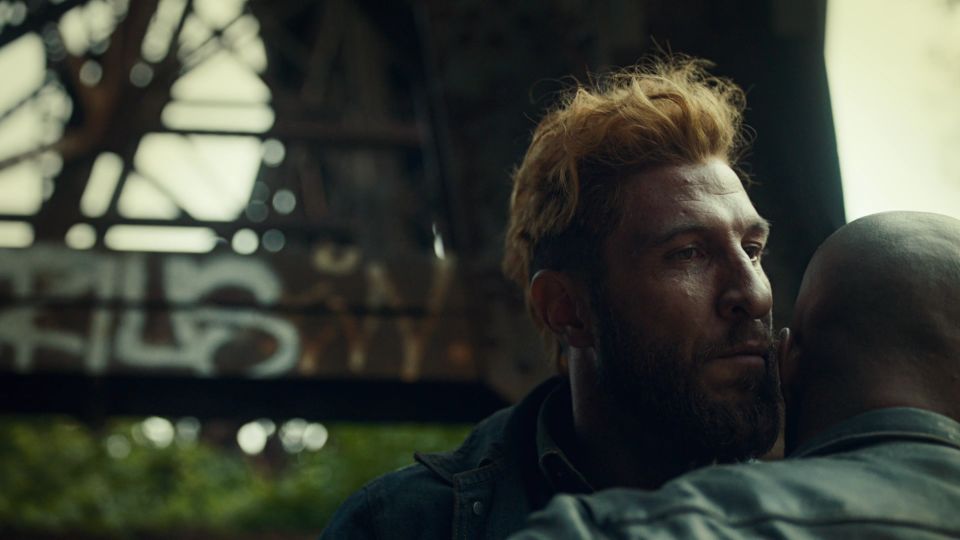 American Gods season 2 episode 7 Treasure of the Sun is all about Mad Sweeney (Pablo Schreiber) and that can’t be a bad thing. Sweeney and Laura Moon (Emily Browning) have been the only two characters, for me at least, to have given this season of American Gods anything to be remotely interested in.

Up until this point in the show, Mad Sweeney has been used as comic relief and he drinks and whores his way through the stories of the other characters. Not this time.

Here we learn about Sweeney’s past and what drove him to the state of madness he now finds himself in. He recounts memories of his past to different cast members, each revelation fleshing out the Sweeney character.

We find out that he was once a King of legend, we see him as a fierce fighter, a husband and a father. His power, however, is under threat from the Grey Monks who are changing the public’s opinion of this God King and as the Gods rely on belief to sustain them Sweeney’s power dwindles.

Rather tenderly we find that he has been driven mad with grief, he isolates himself from the world, including his wife and daughter. This hole left by the absence of loved ones is the true reason for Sweeney’s madness and Schrieber conveys this incredibly well.

The episode culminates with Sweeney wanting to fight Mr Wednesday (Ian McShane) but Shadow (Ricky Whittle) gets in the way. As the fight ends we see Sweeney impaled on the end of Grungnir but he has one last trick up his sleeve.

Sweeney transports Grugnir to the Horde where the leprechauns keep their treasure. I’m not up enough on what Gods can and can’t do so I’m not sure if the Horde is somewhere Wednesday can get to so he can retrieve his spear. Either way, it’s certainly a blow to his war effort.

So, is Sweeney gone from American Gods? I certainly hope not as he’s pretty much carried this season and things will definitely be worse without him.