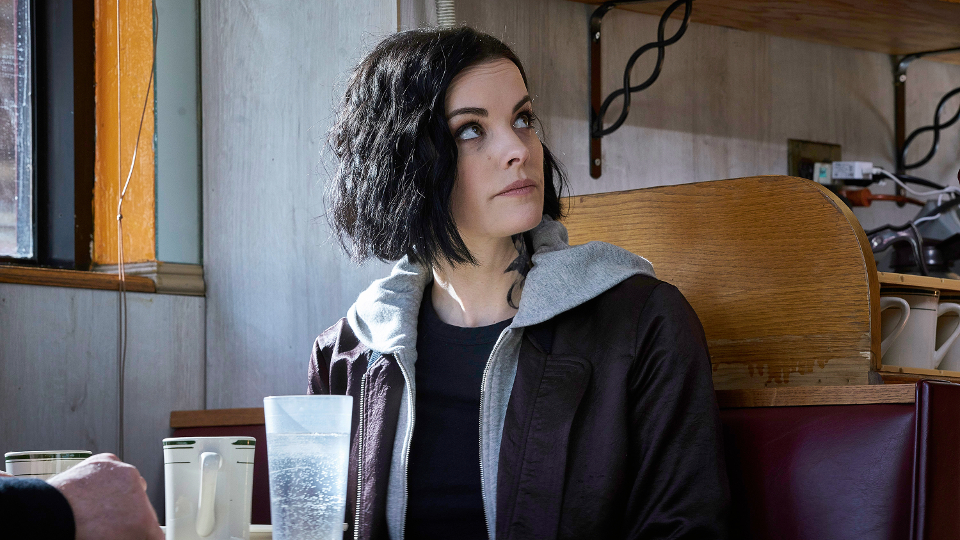 On the latest episode of Blindspot, Zapata (Audrey Esparza) goes rogue with an old friend.

Zapata (Audrey Esparza) wouldn’t let herself rest until she tracked down Dominic Masters (Chaske Spencer). Reade (Rob Brown) sent her to his to rest but that didn’t go to plan. She got a call from Claudia (Britne Oldford) who was also trying to find Masters on her own. The pair worked together and ended up on a path that crossed with the the main case of the episode but Claudia wound up dead.

The main case involved killer bees carrying a poison called TTX. Patterson (Ashley Johnson) and Rich (Ennis Esmer) tracked the source to a facility where they discovered Patterson’s father (Bill Nye) was working as a consultant. Bill and his assistant Ginny Kelling (Colby Minifie) were brought in for questioning.

It turned out neither of them were involved as it was a disgruntled employeed called Nick who was drowning in debt. He planned to sell the bees for a lot of cash. The team intercepted the sale and Nick ended up being killed by the bees he was trying to sell. The buyers later turned up to try and get the bees themselves but Patterson and Ginny worked together and killed them by using the bees against them.

Elsewhere in the episode, Jane and Weller continued their investigation into the mysterious hoodie wearing person who was caught on CCTV entering the Sandstorm stash. The evidence led them to a shelter for women. There they discovered that Shepherd had visited looking for someone named Jessica. Rich arranged for an FBI sketch artist.

At the end of the episode, Zapata went back home with Reade to stay for a while. He promised to be a better friend and offered to help her find an apartment. Meanwhile, Rich turned up unannounced at Weller and Jane’s apartment. The sketch was a picture of Weller’s mother!

The promo for the next episode reveals that launch codes to an armed satellite are stolen.

Watch the Blindspot 4×19 promo trailer below:

Here’s the official synopsis of Blindspot 4×19 Everybody Hates Kathy:

The team discovers an international conspiracy when a deadly weapon is stolen, Jane supports Weller when someone from his past dredges up painful memories, and Patterson and Rich contend with their newly-released hacker accomplice.

Blindspot season 4 episodes air on Sky Witness at 10pm on Mondays. Preview the episode with our gallery: