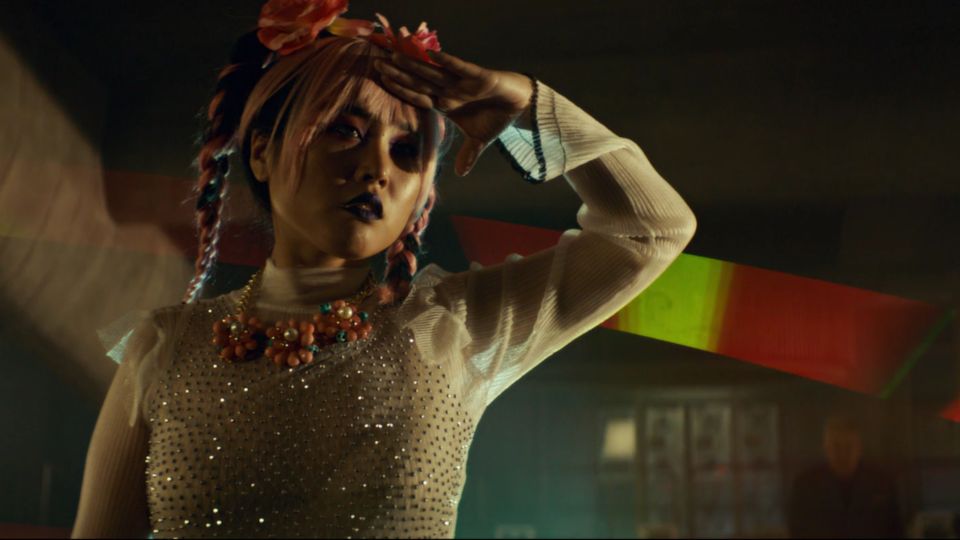 If you were hoping that Moon Shadow, the finale of this season of American Gods was going to clear things up, answer those nagging questions and leave you satisfied then I’m sorry to say that this was not the case.

This episode is largely driven by Mr World (Crispin Glover) as he uses New Media (Kahyun Kim) to influence the news networks and set a manhunt in motion for Mr Wednesday (Ian McShane) and his allies. Glover has been consistent throughout the show and his delivery is always strong, you can really feel the madness straining at the seams as he delivers his lines through that tight, manic grin.

The show opens referencing how Orson Welles’ War of the Worlds scared the bejesus out of American in the thirties. This sets the scene, showing just how powerful the media machine is. If the media wants you to be the bad guy then they can easily paint that picture and have the public believing this.

Meanwhile, Larua (Emily Browning) and Shadow (Ricky Whittle) are coming to terms with the death of Mad Sweeney (Pablo Schreiber). There isn’t much in terms of dialogue, just lots of moody shots. At the end of the episode, we do see Laura carrying off Sweeney’s body so perhaps it’s not the end for the heavy drinking leprechaun.

Finally, we get a glimpse of the hidden powers of Shadow. As the cops close in on the funeral home at the end, to round up Wednesday and his crew, we see Shadow sweeping his hands across what appears to be a game board representing the funeral home. The next shot shows all of the cops gone without a trace. Nothing is explained regarding how he did it and what happened but it does leave me with more questions than answers.

Season 2 has been a bit lacklustre, it has been paced very slowly and I for one am glad that this stay over in Cairo has come to an end. Season 3 has been confirmed and I hope we get more answers when it airs.