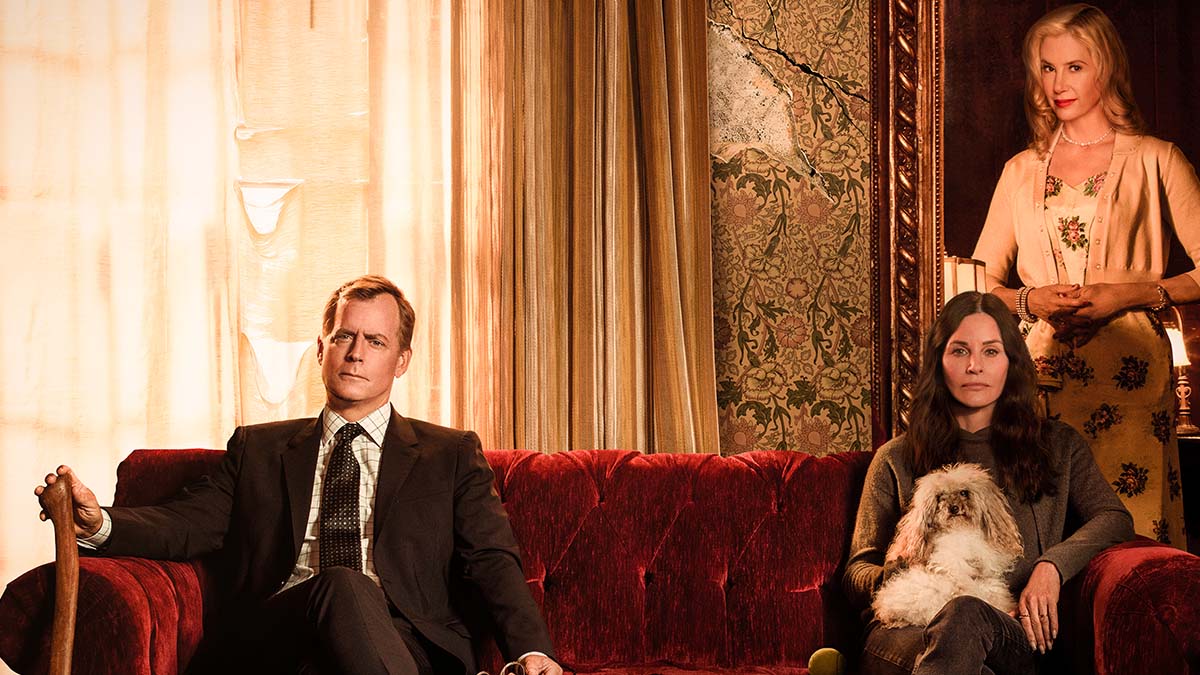 ‘Shining Vale‘, the hit horror-comedy starring Courteney Cox, Greg Kinnear and Mira Sorvino, has been renewed for an 8-episode second season by STARZ.

“’Shining Vale’ is both wickedly funny and a beautiful three-dimensional portrayal of marriage, adolescent parenting, and motherhood,” said Kathryn Busby, President, Original Programming, STARZ. “We’re thrilled to bring viewers another season of this mic dropping blend of horror and comedy.”

“After the incredible reaction from fans to Season One, Sharon and I look forward to telling the next eight chapters of our story. I look forward to the crushing pressure to raise the bar even further. But we can do anything; after all, ‘We Are Phelps!’ said Jeff Astrof, Co-Creator, Executive Producer and Showrunner.

In season one of Shining Vale, Pat (Cox) and Terry Phelps (Kinnear) cash in their life savings and move from a cramped Brooklyn apartment to an old Victorian mansion in Connecticut, as a last-ditch effort to save their marriage after Pat’s torrid affair with the handyman. Their children, Gaynor and Jake, are pissed and as disconnected as teenagers can get. Terry tries to rally the family, but the pushback is relentless. Pat is losing her grip on the kids, and Terry doesn’t see Pat might be losing a grip on herself as well. Buying a giant 200-year-old house for $250K below asking may have seemed like a great deal on paper, but Pat senses that something is off. Doors slam, the piano plays by itself and when an old-fashioned-looking woman appears to hover outside the family window, Pat believes that she is going crazy – or worse. Every family has its demons, but for the Phelps, theirs may be real.