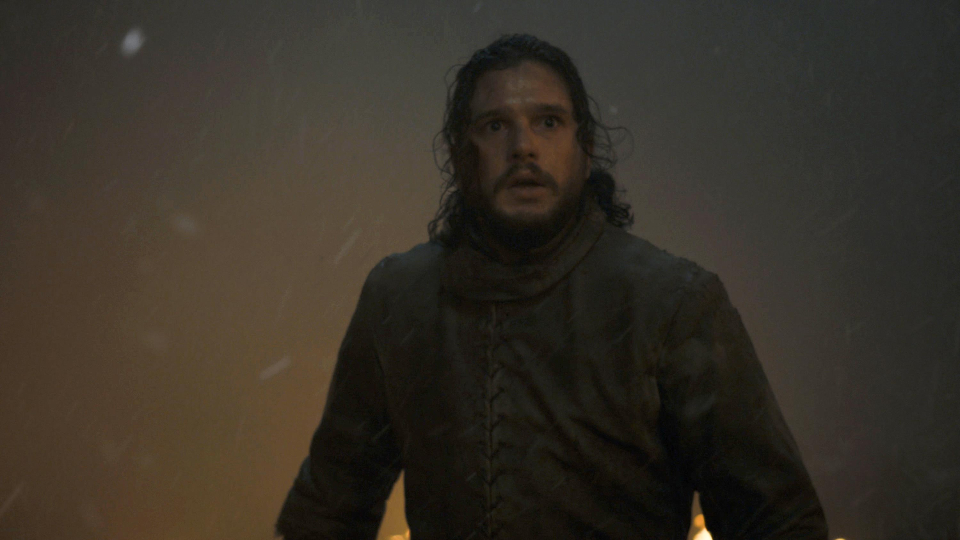 The third episode of Game of Thrones season 8, gave us the battle we’ve all been waiting for as the living and the dead finally clashed at Winterfell.

If you haven’t seen Game of Thrones season 8 episode 3 yet and don’t like to read spoilers then please stop reading now. If you are up-to-date and want to relive the action then keep on reading.

Following on from the end of last episode, Winterfell scrambled its troops ready for battle. Before things got underway, the Red Woman, Melisandre (Carice Van Houten) arrived alone on horseback. She used magic to set the arakh weapons of the Dothraki aflame. After entering Winterfell, she was met by Ser Davos (Liam Cunningham) but she told him there was no need to execute her as she would be dead before dawn.

The Dothraki charged out on horseback into the night, led by Ser Jorah (Iain Glen) to face the Army of the Dead. The rest of the troops at Winterfell watched helplessly in horror as their flaming weapons were soon all extinguished. A small number of Dothraki, a few horses and Jorah made it back. On a nearby hill, Jon Snow (Kit Harington) and Daenerys (Emilia Clarke) watched the battle unfold with dragons Drogon and Rhaegal by their sides.

Meanwhile, Jon and Dany jumped on the dragons and made strafing runs to burn the undead and reduce their numbers. Flying conditions were terrible thanks to an almost impenetrable ice storm.

Inside the walls of Winterfell, Theon (Alfie Allen) and his men stood guard for Bran (Isaac Hempstead Wright) in the godswood. The women and children were sent down to the crypts for safety along with several other characters including Sansa (Sophie Turner), Tyrion (Peter Dinklage) and Varys (Conleth Hill). As the troops began to be overwhelmed, they retreated inside the wall. Grey Worm and the Unsullied protected the retreat.

Davos gave the signal to light the trench, by waving two flaming torches, but it couldn’t be seen due to the storm. Grey Worm and the Unsullied made a protected corridor to get Melisandre close enough and she used her magic to set it alight. The dead eventually used their bodies as bridges to cross the trench and then began piling up to climb the walls. Everyone inside fought to keep the dead outside of the walls but they eventually got inside. Lyanna Mormont (Bella Ramsay) was the first to die by being crushed by an undead giant. Before she did she managed to plunge a Dragonglass dagger through its eye to kill it.

Bran warged into a group of ravens and tracked down the Night King, high above Winterfell riding the undead Viserion. Jon spotted him and he and Dany tried to attack on Drogon and Rhaegal. Eventually Rhaegal got hold of Viserion and did much damage, sending the Night King plummeting to the ground below.

Meanwhile, Arya (Maisie Williams) put her new weapon to good use thanks to her assassin skills. She was like a whirlwind as she spun around killing enemies all around. She also got overwhelmed, lost her weapon and retreated inside. Beric rallied the Hound, who had frozen in fear, and the pair of them went after her.

Arya found herself in the Winterfell library which also had many wights wandering around. She used her skills to stay hidden and avoid detection. She eventually escaped but was pursued and the Hound and Beric saved her life. Sadly Beric was stabbed multiple times, while using his body to shield Arya and the Hound, and died from his injuries. The Hound and Arya barricaded themselves in a room where they found Melisandre. Arya noted that Melisandre said they would meet again and Melisandre motivated her with another prediction that Arya would close many eyes – brown, green and blue. Arya rushed off to keep fighing.

After fighting the Night King in the air, Jon also found himself grounded. Dany took the opportunity to shout “Dracarys” and Drogon breathed his fiery breath at the Night King. He walked away untouched, stopping at the flaming trench. Jon tried to rush him but the Night King lifted his arms, resurrecting all of his own troops and recruiting the living who had just lost their lives. This also resurrected some of the dead in the crypts leaving those taking shelter in danger.

Jon was kept away by having the huge numbers of wights. Dany landed with Drogon and used his breath to clear Jon a path. Drogon became swarmed and took off covered in attacking wights. As he lifted into the air, Dany was sent tumbling to the ground. She was saved by Jorah who fought to his last breath to keep her safe. Jon got back inside but was faced with the undead Viserion. After avoiding the first few attacks, Jon decided to take it on head on.

The Night King made a beeline for Bran in the godswood where Theon was fighting off attackers. Bran told Theon that he was a good man before Theon lost his life trying to rush the Night King. The Night King went to grab his sword to kill Bran but was surprise attacked by Arya. She flew through the air, Valyrian dagger in her left hand but was grabbed round her throat by the Night King. Before he could act, Arya dropped her dagger into her other hand and stabbed him through the chest. He immediately shattered and his entire army did the same.

See more images from the episode in our gallery:

The Battle of Winterfell was won and the Night King and his Army of the Dead were defeated. At the end of the episode, Melisandre walked outside, removed her magical necklace and died in her true form.

Find out which main characters died during the Battle of Winterfell.

Can’t wait for the next episode? Watch the trailer and read our preview for Game of Thrones 8×04.