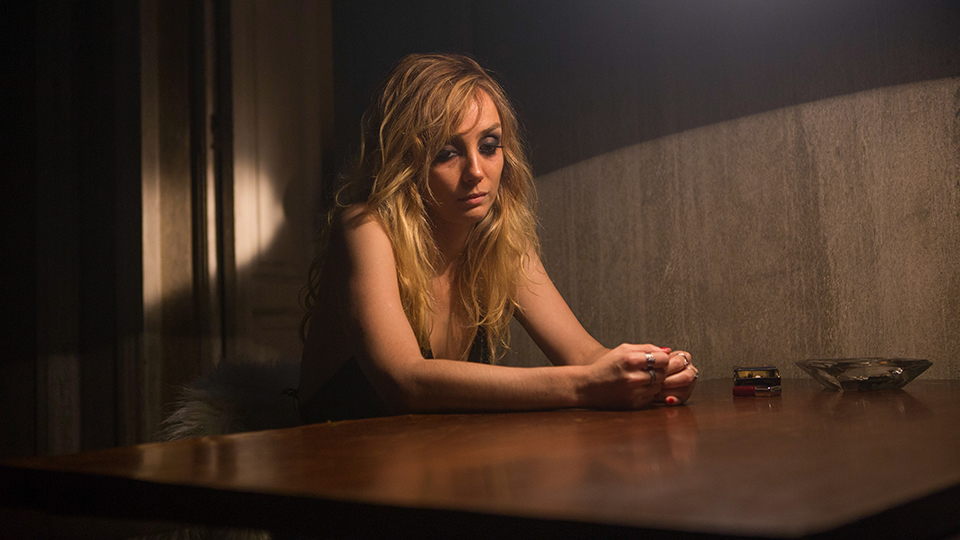 Brazilian series Magnifica 70 gained a lot of plaudits after its first season; a dark, gritty thriller set in São Paulo in the 1970s. Now it coming to the UK this week courtesy of Walter Presents.

If you want to avoid spoilers for Walter Presents: Magnifica 70, stop reading this article now.

It stars Simone Spoladore as Dora Dumar, an adult film actress and drug addict. Dora wakes up after a night of partying and substance abuse to discover that she’s been arrested, accused of smuggling drugs into the party, where a judge’s daughter has overdosed and died. The arresting detective offers her a choice – jail time, or help him discover who killed Larsen, the owner of the film studio where she found fame, Magnifica. He wants her to return to the film company and ingratiate herself back in the fold, which acting as his eyes and ears.

Meanwhile, at the studio, things are not working out well for Vicente, Manolo and Isabel. They’re watching a screening of their new science-fiction film for their sponsors, but it’s evident that their lead actress, Mestiça, isn’t up to it. When Dora shows up later that day, drunk and still doped up, Vicente (her ex-boyfriend) suggests that she – a known box-office draw – replaces Mestiça. Isabel agrees, but Manolo (Dora’s ex-husband) isn’t keen. And nor is Mestiça, who goes ballistic when told of their decision. The films’ sponsors, incidentally, are an odd couple who are responsible for film censorship and who veto rival films to boost box office for their own production.

It’s an interesting if confusing series, where the woman are generally the strong ones. Manolo has a curious fixation with the devil and struggles in his role as the film’s director; Vincent talks to himself and is constantly dictated to by the women in his life. Isabel and Dora (and even Mestiça) are the stronger and more interesting characters.

The series looks magnificent and has won numerous awards in its native Brazil (where they’re on the third season already), and justifiably so. It has that caramel brown hue that seemed to colour the 70s (except for the flashbacks that are in black and white, helpfully). Despite that, I won’t pretend it’s easy to follow – the first season passed me by, so I’m starting with season 2, and despite having watched the opening episode three times, there are still some aspects of the script that leave me scratching my head. It comes across like an earthy, bloody telenovella; particularly when coupled with some of the camerawork that is very reminiscent of an up-market soap opera. And some brooding and sinister background music that adds to the ominous feel of the show. At times, I was reminded of old US shows like Sunset Beach or The Young & The Restless. But darker, sexier and with way more drug-use!

This is an unusual departure for Walter Presents. It’s a thriller, sure – but it’s just as much a soap opera with a complex plot and intriguing multi-layered relationships. I suspect it will have you hooked; particularly if you’re familiar with season 1.

The full series of Magnifica 70 is available on Walter Presents via All 4 from 3rd May 2019.

In this article:Magnifica 70, Walter Presents