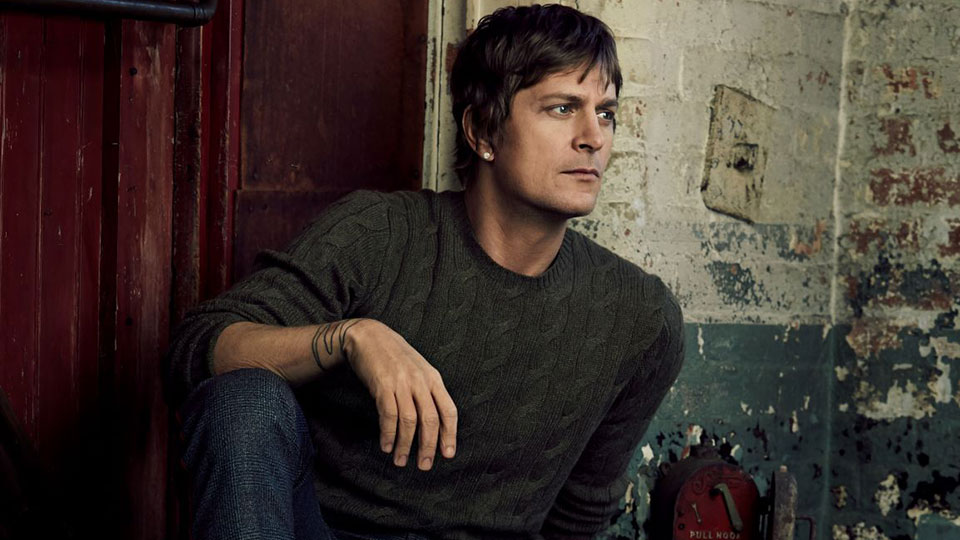 Rob Thomas is perhaps best-known as the frontman of Matchbox 20 and for his collaboration with Santana, Smooth, which dominated the charts back in 1999. As well as his work with the band, Thomas has been enjoying a solo career on and off since 2005. His debut solo album …Something to Be arrived in 2005 with his second Cradlesong following just over 4 years later in 2009. Fans then had a 6-year wait for third album The Great Unknown in 2015. Now Thomas is releasing his fourth studio album Chip Tooth Smile and he’s out to change the way you think about him.

For the 12-track record, Thomas has teamed up with producer Butch Walker marking the first time that producer Matt Serletic hasn’t been involved with one of his records. Opening track, and lead single, One Less Day (Dying Young) does a good job of bridging the sound we know Thomas for with something a little different. The vocal effect on the opening moments, suggests that this is Thomas with a twist and that’s most certainly what we get. The track is the kind of anthem we’ve come to expect from Thomas but the poppier edge gives it a more euphoric feel.

From that point in, Thomas takes the listener on a musical journey that explores a variety of his influences and takes plenty of pointers from the 80s. Timeless, which is full of 80s references, is one of the highlights on the record. Once you’re done picking out all the references, you can enjoy the foot-stomping track that pays loving homage to the decade that soundtracked Thomas’ teenage years.

Timeless isn’t the only surprise on the album. On Funny, Thomas leans into a more Country sound while I Love It is a raucous rock anthem that’s sure to be incredible live. To give an example of how the album swings from style-to-style, I Love It is followed by folksy acoustic ballad The Man to Hold the Water, which made me yearn for a full acoustic album from the star.

Elsewhere on the record It’s Only Love is the album’s big piano-led ballad, and a track that could well find a welcome home on radio, Early in the Morning takes in a Southern Gothic feel for a stirring four and a half minutes, and The Worst in Me is a big pop moment that sounds like a song OneRepublic would have loved to add to their repertoire. The album closes with another folksy moment, Breathe Out. It’s a calming end to an album that frenetically jumps across genres and gives you a moment to breathe and take it all in.

Chip Tooth Smile is far and away Thomas’ best solo record to date. While I’ve always enjoyed his output as a solo artist, Chip Tooth Smile feels free in a way his previous material hasn’t. There are so many different sounds and colours across the record, and the overwhelming feel is one of positivity. This is the kind of record we need in these troubled times and dare I say it throws its hat into the ring for one of the best albums of 2019 so far.