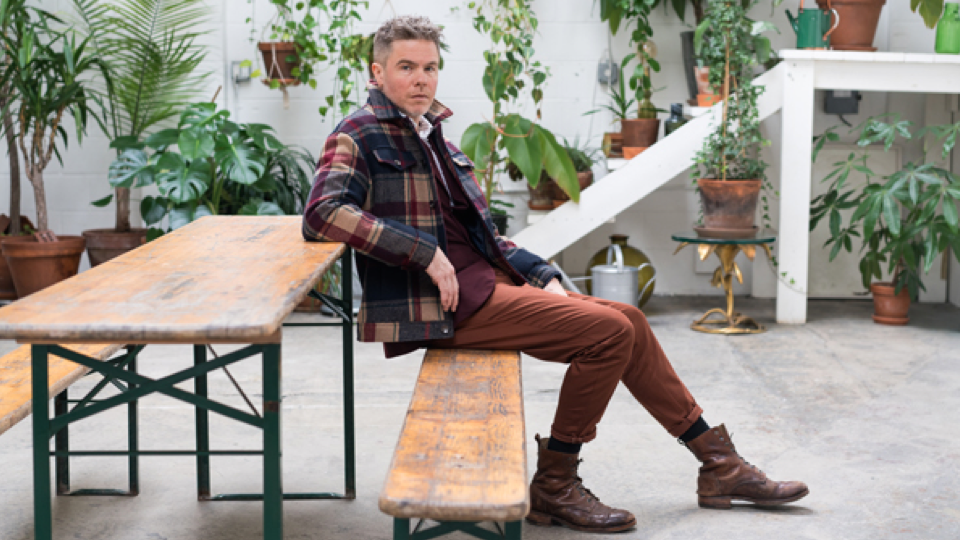 Over the past two decades, Josh Ritter has become one of the leading artists on the contemporary Americana scene.

Known for his distinctive style and narrative lyrics, he’s released nine albums – most recently 2017’s Gathering – and been named as one of the 100 Greatest Living Songwriters by Paste Magazine. His new album, Fever Breaks, sees him working with Jason Isbell, who produced the record and appears on it along with his band The 400 Unit.

Ahead of the album’s release, I spoke to Josh about the album, working with Jason and with Joan Baez on her last record, his approach to songwriting and life on the road. Read on to find more…

Your new album is out now – what can you tell us about it?

Yeah, this is my tenth record. I made it with my friend Jason Isbell in Nashville, and it’s a record that I feel like I wrote as much to try and be a reflection of the moment that we’re living.

Well, after about 20 years of making records with generally the same people I realised that I wanted to make a change and try recording with some new folks and be a little nervous about how things were gonna go. I was really excited to try something new. It was good for me as an artist.

I worked hard on these songs. I played early demos for Jason and Amanda [Shires] and the band, but I wasn’t satisfied with them as they stood. I worked hard on all of them right up until the moment of recording.

You’ve mentioned that you wanted to capture the moment and the zeitgeist on this album. Is that something you consciously wanted to do or did it evolve that way as you wrote it?

I think it evolved in that way because really, like, the things that we’re seeing in the world – the changes, the obstacles and things – are unlike anything we’ve ever seen before. And it’s hard to look past them. I mean, there’s some times when it’s just important to write about exactly what you’re seeing right now, and I felt I couldn’t really do anything but that.

Was it almost a cathartic exercise in a way?

You know, I wish that catharsis came from that. I feel that there is a feeling of identifying a question or an uncertainty and writing about it. And when you feel like you can encapsulate something, a big idea in a small space, then that might give you a sense of at least being able to understand a problem a little bit better.

You’ve mentioned this is your tenth album. How have you kept things fresh and interesting for yourself over the course of your career?

Well I used to be just hungry, really hungry. And then over time I started to question that hunger. And then I started to just go be at peace with it. I have a desire and a compulsion to do something, to make music and write songs, that is beyond explaining for me. It’s just something that I need to do, I love to do, and to be able to share it is a human need for connection. When I listen to somebody’s music, when I hear somebody’s songs and they remind me that I am wrestling with the same questions that they wrestle with, then it gives me a sense of I’m not as alone in the world. I feel that that’s a great thing about music – that it’s a chance for us all to share our own preoccupations.

Do you have a typical approach to your songwriting? And has that changed over time?

There are ways I think to be more productive, but I don’t know if there are ways to be more profound in your writing. You have to wait for the big ideas to come around, and those ideas don’t come on a clock. So there are times when I’m sitting there with a pencil and a pad of paper and a song comes to me and I’m very lucky in those moments. Other times it’s just a free-flowing idea that I roll around in my head for days or weeks before I really understand that I’m even writing a song. So I try not to cage the writing in any kind of ritual. But I do find that I write a lot in the mornings and I write a lot in my kitchen. Those are two things that seem to happen. I don’t know whether it’s just something about the morning that’s good for the writing.

You also wrote a couple of songs for Joan Baez’s album which came out last year. Do you find you approach writing for other people differently to writing for yourself?

Well I think that it does change a little bit, because with Joan or with Bob Lehrer, I was thinking about their voices. And thinking about the characters that they would sing about. So yeah, there’s a little bit of that. And that’s the fun of it. The challenge is to write a song that feels like it’s just somebody else, in a way. And knowing that they’re gonna take that and then make that song their own.

How did you find working with Joan?

Oh it’s amazing. All anybody like me is looking for is the chance to go a little bit crazy. And when she wrote me and told me that she was working on this record that was gonna be her final record, and that she wanted it to be kind of a bookend to her first record, that gave me so much to think about. And for someone like me who’s a big fan of Joan Baez – you know, she took me on the road with her all over the place when I was first getting started – it was really a cool honour.

You also wrote a novel a few years ago. Did that experience feed into your songwriting at all?

Yeah, I learned a lot. I mean, at first I got a profound respect for novelists. I think that’s an incredible, incredibly rewarding and difficult occupation. But what I learned was with my first draft, I felt like I was free of all the normal conventions. I didn’t have to rhyme anything, I didn’t have to carry my guitar around with me, I would just go and sit down and write. And it was a sense of freedom that I hadn’t experienced. Then I got to editing time and I realised that just all that painstaking detailed work that I did in songwriting was just right there in writing a novel. The thing that makes them similar is that you have a good idea and you cut your mind free for a while, but then you’ve gotta bring it back and you’ve gotta make that idea really sing.

You’re going out on tour in the US soon. What have you learnt from touring and being on the road?

Well that’s a big question and it’s hard for me to answer in so many ways, because I started touring when I was 21. I’m 42 now, I’ve kind of grown up on the road. So much of my life and just the normal decisions I make on the road are based on being on the road somewhere. One thing I’ve gotten out of it is just that I feel this vast sense of all the places that there are to go in the world, all the things there are to see. And the potential for getting to go someplace new and see something different is like a real sense of excitement and a guiding force for making art. And it’s just an exciting thing to get to go and do. So that’s been really exciting. And then there’s just the things you have to learn about living together in a band as a family on the road, and how to make your life rich even though you’re travelling all the time and rarely putting down roots. There’s a lot to be learned and to be reckoned with.

Do you have any favourite songs to play live?

Oh yeah. When I put together a set list I wanna always keep things interesting for me and for the audience. That doesn’t mean I wanna play only new songs. I really like playing from all over the catalogue, and we have a lot of songs now as a band that we can play. So it’s important to keep things interesting for us but also important to keep new songs entering into the set, and it’s important to play those old songs that are touchstones for us and connect us with our past as a band. So I’d say that rather than having individual songs which I’m excited to get to in a set I’m really excited about making a set of music that combines the new and the old in ways that are interesting for the audience.

Do you get a lot of inspiration from travelling? Or is it something that comes more from your own experience?

Well I guess as a writer I tend to get the experiences and then they seem to all roll around in there and get woven up together. So it’s hard to say. I think it makes me feel better when I’m not physically writing to know that I’m collecting ideas. That’s mostly what writing is I think anyway.

Oh wow! There are so many. I’m a jealous guy when it comes to songs. When I hear one that I love, it’s not that I wanna have written it but I wanna write one like it that gives me that feeling. But I’d say Famous Blue Raincoat is about as close to a perfect song as has ever been written I think.

What does the rest of 2019 look like for you? Is it mainly the album and touring?

Yeah, that’s what’s gonna happen. I’ve made the record and now I get to go out and celebrate.

Are there any plans to come over to the UK any time soon?

Advertisement. Scroll to continue reading.
In this article:Josh Ritter