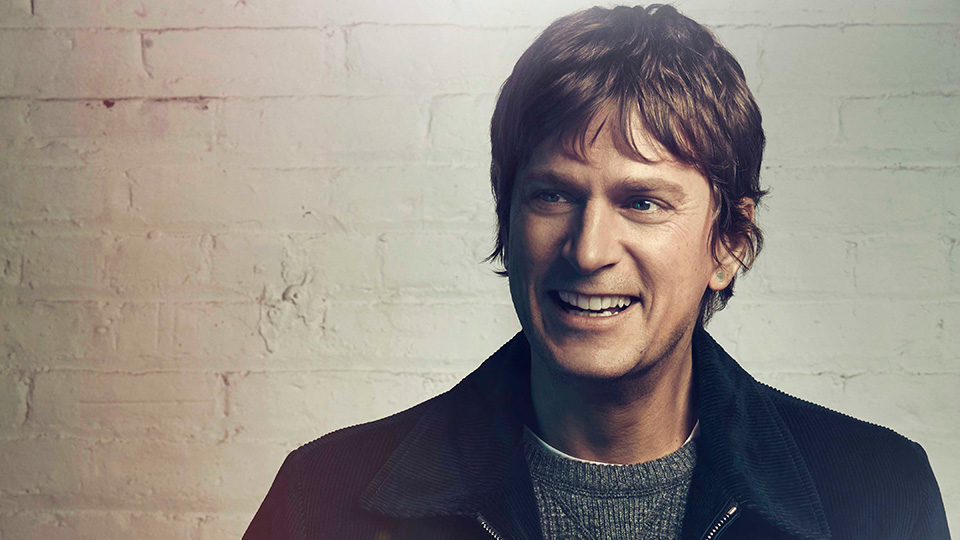 Rob Thomas is perhaps best-known as the frontman of iconic US rock band Matchbox 20 who dominated the charts in the mid-to-late 90s.

While the band has continued to make music and tour on and off in the years since then, Thomas has also released 3 solo albums, his last being The Great Unknown released in 2015. Next week, Thomas releases his fourth solo album Chip Tooth Smile.

I called Rob up to find out more about the record, talk about the tracks released so far, and to discuss the possibility of him bringing his huge headline tour to the UK.

The new album Chip Tooth Smile is released next week. It sounds a little bit different to what we’ve heard from you before. There’s elements in there of your past solo material and the Matchbox 20 sound but you’re pushing the sound into different ways. Tell me a little bit about how you pulled this project together…

A lot of the aesthetic of the record is attributed to the combination of me and Butch Walker getting to work together for the first time. We’ve had a deep friendship for many, many years. Almost everything I’ve ever done, except for the six songs Matchbox 20 did with Steve Lillywhite, was with Matt Serletic. There’s been a certain attachment to a way that I sound because it’s always come from that source. I believe that working with Butch, immediately turned something on its end and gave it a different aesthetic vibe than anything I’ve done in past. I think it gave it a volatility and excitement as well.

There’s a lot of positivity in this record and it’s uplifting. It’s very much, I think, what people need to hear right now. Was your aim to create something that is uplifting and empowering?

I think there’s always been an element of that. We’ve always felt like we’ve been trying to write songs about how we feel really shitty but it’s going to be OK (laughs).
Sometimes I think as a culture we all feel that way right? If you can’t find the positivity when you’re writing the songs, then you’re screwed.

The lead single One Less Day (Dying Young) feels like such an anthem. What kind of reaction have you been having to that song?

Last night was literally the first we’ve ever played it in front of anybody. We had our first show last night with a full band. It went over really, really well and we’re going to play it on Ellen on Tuesday. As far as the song goes, I think it fell on the right note that I wanted it to. I think people understand what it was about. It’s a sentiment that a lot of people share. We’ve lost a lot of people that were really close over the last few years and you realise that getting older is a privilege and it’s not afforded to everyone. As opposed the to where everything is about youth and staying young forever. When I was in my early 20s, I somehow thought simultaneously that you were going to die before you were 25 and you were going to live forever, all at the same time because everything was just a romanticised idea of time. I think as you get older you don’t play it so fast and loose with that idea of time.

You followed up that track with I Love It, which is completely different and much more of like a foot-stomping rock anthem. Why did you choose that song as the next taster from this record?

I wanted people to understand that you want a record that in some ways can be as diverse as all the music that you listen to. If you’re one of the people that’s so inclined to listen to a record from track one all the way through to the end, you want there to be a certain journey. I wanted people to understand that somewhere between One Less Day and I Love it, I think the whole record falls in between those two poles. They’re both authentically who I am because that’s authentically what came out of me. It’s not like we sat down and were like, ‘right let’s get one of these songs, and one of these songs, and that kind of song’. It’s just where my head was at, somewhere between those two poles. I wanted people to understand the record that was coming out wasn’t just one thing and it wasn’t the record where it’s like, ‘oh Rob just got very introspective now for the next 12 songs’ or the idea that it’s going to be One Less Day for 12 times in a row.

The song that’s really grabbed my attention is The Man to Hold the Water. It’s so folksy and it makes me feel like I want a stripped-down acoustic record from you in the future. Can you tell me a bit about that track?

That was one of the first songs that I wrote for this record and at the time I really thought that that was the record I was making. I would sit and talk to people and that would be what I would say, ‘yeah I’m making my Nebraska, I’m making an acoustic record’. The more that I was writing that wasn’t all that I was writing. It would have been disingenuine for me to make a record because I had some sort of aesthetic that I wanted to appeal to. Instead it just became another colour and another flavour. That was a song that I wrote about my son and about getting to that age when you realise you have new responsibilities and you have real duties that are going to happen and you’re going to have to take care of whether you’re up to it or not.

The album cover has drawn some comparisons to Bruce Springsteen. The image is very striking. How did it come about?

I had the cover in mind before I did the photo shoot. I have a stylist, a guy called Mark Holmes, we’re really good friends, and we picked some ideas. I had this idea for Chip Tooth Smile and a jacket. The photographer, Randall Slavin who is literally one my best friend on the planet for 12 years, we just playing around with images. There is definitely an homage there but I think there’s as much an homage to Bruce as there is to George Michael. It’s somewhere in-between there. There’s a lot of this record that’s a thinly veiled wink to the music that I grew up listening to in the 80s. If you’re an 80s radio head there’s little Phil Collins moments, there’s little Springsteen moments and there’s little Big Country moments… they’re all kind of peppered in throughout the record. I felt like the image itself on the front should be a wink and a nod back to that place in my heart for music. If that’s what you came up… I mean if I hear Boys of Summer I get weak in the knees y’know?

You’ve got an extensive headline tour coming up and you’ll be taking Abby Anderson on the road with you, who I spent some time with recently when she was in the UK for C2C. What can your fans expect?

Everything that I’ve ever done and everything I’ve ever put down on a record is all about the idea that I know that I want to play this live. I’ve had the same solo band since 2005 and they’re just motherfuckers. They come out and they give it all every night, and it’s all about joy. Our whole vibe and our brand is love and joy, and wanting people to have a great time. I want us all to share that experience that night because that’s the only night that we’re going to get. It’s a shared community environment that we try to create every night we’re up there. That’s what we like about Abby, she has that vibe about her. She’s just seems like she’s so much joy and love. She has this beautiful smile and she has great songs. I think that she’s going to be a really good pairing for this tour.

Abby told me how excited she was to get out on the road with you. I think you’ll be a great match…

I really think so. I love the fact that she’s on the pop side of Country and I love the idea of these different genres mingling together. Over the last 20 years I’ve got music that kind of jumps around different genres, she’s got it (too). It’s an eclectic night of music where it just doesn’t feel like you’re listening to the same band play the same song for four hours.

Are you going to bring the tour over to the UK at some point?

I’m really hoping so. We’re trying to figure it. Maybe if we did it would probably be earlier next year. We’re having conversations now at least to come to the UK.

It’s been quite a while since you were last here hasn’t it?

It really was and it was with Matchbox 20 and that was years ago. It’s weird, I mean you guys are awfully close but for some reason it’s a large abyss to make it over that pond I guess (laugh).

You must hear from your UK fans through social media and through other means. What kind of a relationship have you had with them over the years?

I think it’s funny. We had a time where we couldn’t sell a record, we wouldn’t get on the radio but then we could come over and sell out Wembley Arena. We were just this kind of American band that would come over and our audience kind of found us. I think we’ve always had enough reason to go there and to play in the UK. I’m not going to say there’s a connection but I’m going to say we haven’t been there since 2011, now you guys got Brexit… I’m not saying anything but I think I need to come over there and get that situation straight, so soon I got to come play (laughs).

I’ve been consumed by that all morning! Time becomes your big factor. You go out on tour and you make a record, but any time that you’re not doing that it’s time for your friends and your family, and your actual life that you write about. Then the year goes by and you’re like, ‘well I guess there’s no window to put that in this year’. You just hope that at least the music can get over there and the people that want to find still have access to it. I guess that’s the good part about the way that people can experience music now, is it can be a part of their life no matter where you are.

Yeah it’s great! My son is 21-years-old and a lot of his friends are between 19 and 20-years-old, and they are rediscovering bands like Matchbox 20 and some early Rob Thomas stuff, and it’s new to them because they have that kind of access. That is an amazing time that we live in to be able to have that kind of relationship with the music that you love and the artists that you love. If you’re a real fan and you live anywhere in the UK, somebody is probably live streaming one of my shows every night so you can find a way to be a part of this world in any way.

Rob Thomas’ new album Chip Tooth Smile is released on Friday 26th April through Atlantic Records. It is available to pre-order now. Watch the music video for One Less Day (Dying Young) below:

In this article:Matchbox 20, Rob Thomas