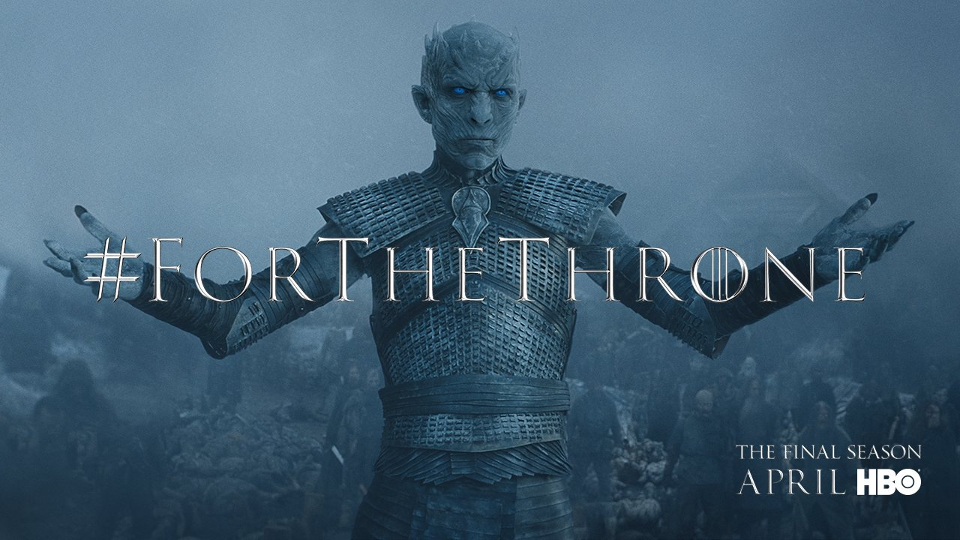 With just one month left to wait, we’re scrambling to find out every new bit of Game of Thrones season 8 information. The problem is there isn’t much official information available as HBO are keeping as much as possible secret. TV critics aren’t even allowed to pre-watch any of the series ahead of it’s launch on 15th April.

The latest snippet of information to come directly from HBO is the official air dates and runtimes of the final six episodes. Now it’s been long rumoured that we’d be treated to feature-length 80 minute episodes for the final season but it turns out that this isn’t the case, well at least not for the first couple.

Please note these are the UK air dates. The episodes will show on Sky Atlantic simulcast with the US (2am BST) and then again in the evening (9pm BST).

Remember that Game of Thrones seasons 1-7 are available now on Sky Box Sets. It doesn’t matter if you’re a seasoned Game of Thrones veteran or completely new to the show, there’s still time to watch or re-watch the previous seasons. Don’t have a Sky TV subscription? No problem! Sign up for a NOW TV Entertainment Pass free trial.

Game of Thrones will return to UK screens for its eighth and final season on Sky Atlantic and NOW TV on Monday 15th April. The premiere will air at 2am GMT, simulcast with the US.