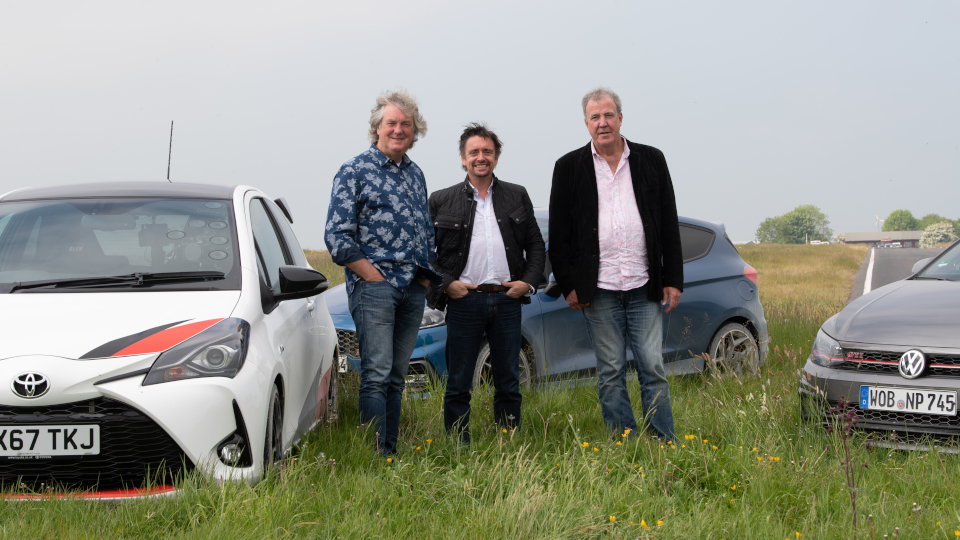 Pardon the pun but for me, this episode of The Grand Tour was car crash TV. I was actually happy when it ended as it felt like it went on forever.

To start with we see Hammond and May comparing two 80s supercar icons, the Ferrari Testarossa and the Lamborghini Countach. I’m pretty sure they did this when they were presenting Top Gear but I might be wrong. This was by far the most interesting film of the show as the two presenters put the cars through their paces. For those of you old enough, sadly like myself, these were the cars we put posters of up on our wall next to the Athena tennis girl.

Conversation Street was quite interesting this week which makes a change. Some intriguing, albeit rubbish concepts, were discussed but it did feel very drawn out.

The main film of the episode is, for me, where it all fell down. Clarkson, May and Hammond were testing hot hatches. With Clarkson in a VW Polo GTI, Hammond in a Ford Fiesta ST and May in an unpronounceable Toyota Yaris GRMN. They raced the cars around The Grand Tour rallycross track which seems like a fairly decent start to proceedings. Then things get terrible.