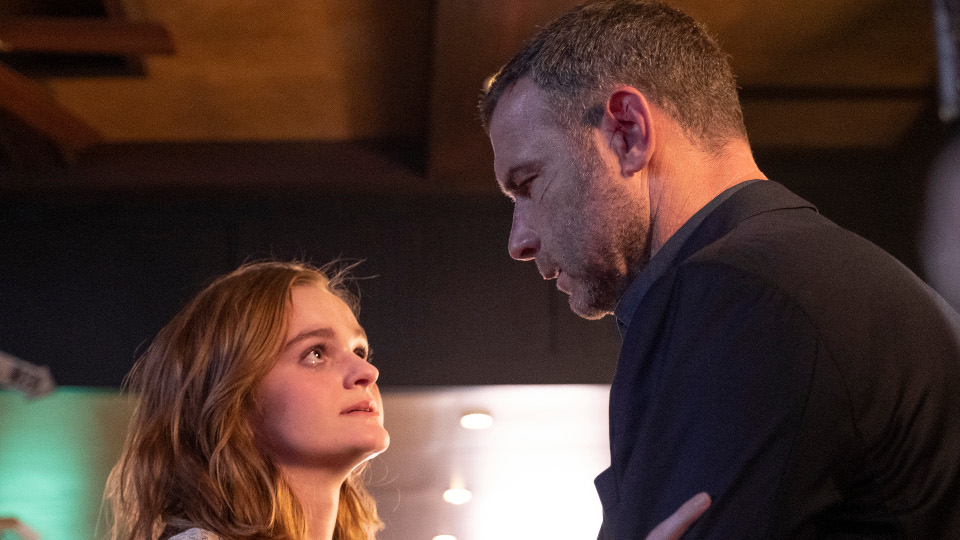 At the end of the last episode, Ray was knocked out by a big guy in his apartment. He awoke at the start of this episode to find him still there. He worked for Winslow and his name was Vinny (Chance Kelly). Winslow wanted her money back and Ray to leave the mayoral campaign alone. Ray wanted to talk with her so Vinny smashed a bottle over his head.

After coming around again, Ray called on Lena (Katherine Moennig) for help to get the money back. Still upset at his recent betrayal, Lena told him to get it himself. Ray got to it and ran into Emerson Lake (Max Casella) from Internal Affairs again who said Ray didn’t have much time left to get Ferrati (Zach Grenier) on admitting something on tape.

Ray tracked down Winslow and jumped in her car. He promised her that he could take down Ferrati but she wasn’t convinced. Next Ray went to see Justine but Vinny got to her first for Winslow. Ray found her hanging dead in the shower. Ray went back to his apartment and found an understandably, very upset Lena waiting for him. She proper got stuck into him pointing out how alone he was.

Meanwhile, Bunchy (Dash Mihok) did catch up with Aunt Sandy and with Daryll’s (Pooch Hall) help took her back to her motel. Sandy apologised and gave up the money. She’d only spent $20,000 and that was on a single piece of jewellery for Bunchy’s daughter Maria. They agreed to take her back to Long Island. On the way Bunchy decided he would give Teresa all of the money for her and Maria. He even called them to say he had something that would change their lives for the better.

Ray was out of options so went back to trying to track the money. He went to Sandy’s and found Bunchy sat in a car outside. Ray asked where the money was but Bunchy refused to tell him. Ray found it in the car and being so desperate he ended up giving his brother a beating as he pleaded for him to not take it.

Thanks to her father screwing things up with Winslow, Bridget (Kerris Dorsey) found herself let go from Novak’s (Lola Glaudini) campaign. She tried to talk to Novak but she was told that it was only a temporary position and refused to help. She headed straight for a bar and began on the whiskey. She later called Ray and when he showed up she also set about him and asked to be let go.

It all became too much for Ray to handle and back outside he began to have hallucinations. He saw snippets of his past including Justine, Natalie James and his therapist. Eventually he ended up in a fight with himself dressed as a cop. However it was actually a cop and got himself arrested.

Elsewhere in the episode, Terry (Eddie Marsan) slept with Lauren (Lulu Brud), Abby’s niece. While having sex he called her Abby which was a bit awkward. He apologised but she said it was ok. He tried to get her to come to his Eliminator fight but she refused.

During his fight, Terry took a severe beating. He managed to win but the damage was done and his Parkinson’s appears to be back. It looks like he’s going to struggle to fight again or get himself killed if he does.

At the end of the episode, as the Donovan brothers all spiraled out of control, Ray found himself in a psych ward.

Can’t wait for the next episode? Read our preview of Ray Donovan – 6×09 Dream On.