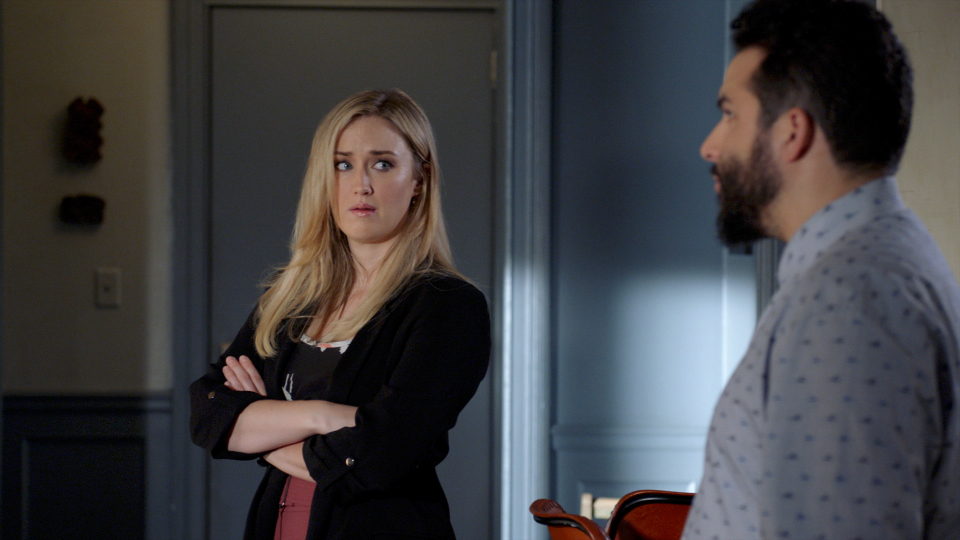 On the last episode of Blindspot, Remi’s (Jaimie Alexander) schemes put her and Weller (Sullivan Stapleton) in danger.

Weller tried to confront Jane/Remi about what had been going on. She tried to lie but they were interrupted. Instead they ended up working together to obtain a crate from FBI evidence for a woman named Eve (Gillian Zinser).

Eve placed the pair in bomb vests to get them to do her bidding. Weller managed to buy them some time to remove the vests and escape with the crate. Remi double-crossed him, stole his ID and handed over the crate to Eve and her team. However, Weller had rigged it with C4 and blew them up.

Madeline Burke (Mary Elizabeth Mastrantonio) sent Zapata (Audrey Esparza) to Mexico to track down a hacker named Del Torro. She needed him to crash a plane for her.

Weitz (Aaron Abrams) and Reade (Rob Brown) worked together to try and get to Zapata. Weitz asked for some files from Burke and it gave them a clue to where Zapata was headed next.

Rich (Ennis Esmer) and Patterson (Ashley Johnson) solved a puzzle to work out where Roman’s next data cache was. It contained a wealth of medical information that might help save Jane from her poisoning.

The promo for the next episode reveals that Weller isn’t giving up on his wife, while Remi still seems hellbent on killing him.

Watch the Blindspot 4×08 promo trailer below:

Remi races against the ever-worsening ZIP poisoning to enact her ultimate plan.