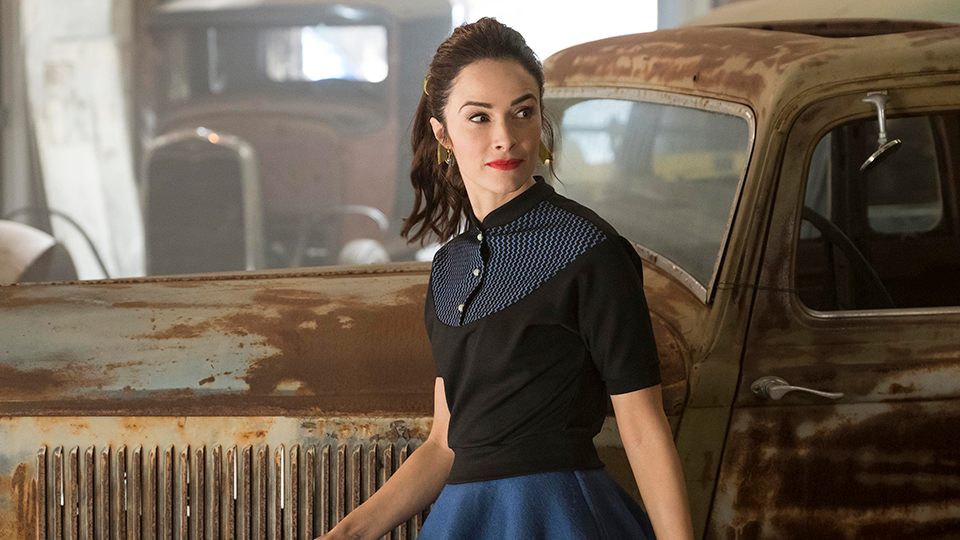 Timeless returned to UK screens last week and time had moved on 6 weeks since the season one finale.

Lucy (Abigail Spencer) was playing along with Rittenhouse by joining her mother Carol (Susanna Thompson) and Emma (Annie Wersching) on a mission to the Battle of Saint-Mihiel, France on 14th September 1918. They were trying to bring injured soldier Nicholas Keynes (Michael Rady) to 2018.

With plans to prevent that from happening by causing an explosion on the Mothership, Lucy was stunned to find out that Rufus (Malcolm Barrett) and Wyatt (Matt Lanter) were still alive following the explosion at Mason Industries.

Lucy and her mother found Marie Curie (Kim Bubbs) and her daughter to help them ensure Keynes recovered but Emma threatened their lives when she discovered that Lucy was planning to double-cross them. A tense stand-off occurred with Rufus and Wyatt holding Keynes hostage and exchanging him for Lucy.

Upon returning home Wyatt shared his thought that Rittenhouse had placed sleeper agents throughout history.

Elsewhere it was revealed that Carol is Keynes’ granddaughter and Mason (Joseph Paterson) created a way of tracking the Mothership. Agent Christopher (Sakina Jaffery) approached Flynn (Goran Višnjić) for help but he would only speak with Lucy.

The next episode of the season is The Darlington 500. Lucy, Wyatt and Rufus use a tip from Flynn to chase the Mothership to South Carolina in 1955 to prevent a stock car race being sabotaged.