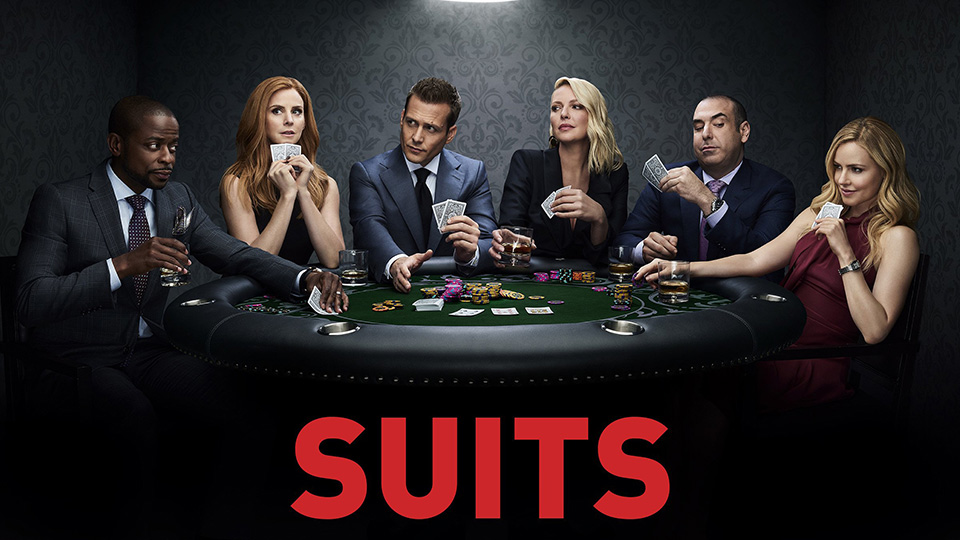 Suits fans were dealt a blow earlier this year when it was announced the show would return for a ninth and final season.

If you want to avoid spoilers for Suits, then stop reading this article now.

Hitting a creative high following the high profile exits of Meghan Markle and Patrick J. Adams, Suits did a fantastic job of retooling for its eighth season. Katherine Heigl was brought in as fixer Samantha Wheeler, and Amanda Schull and Dulé Hill were promoted to a series regular as Katrina Bennett and Alex Williams respectively.

Wendell Pierce, who has starred throughout the show’s run, had a bigger part for his character Robert Zane after the merger at the end of season 7.

The eighth season finale saw the return of Daniel Hardman (David Costabile) who was after Harvey’s (Gabriel Macht) license following Donna’s (Sarah Rafferty) blabbing to Thomas (Sasha Roiz) about confidential information from another client. It was Robert that ended up saving the day by concocting a plan to take the fall, resulting in him losing his licence but saving Harvey in the process.

A heart-to-heart between Harvey and Samantha led Harvey to realise his feelings for Donna. The episode, and the season, ended with Harvey running over to Donna’s and two passionately kissing in Donna’s apartment.

With only one season of the show left, I’ve put my thinking cap on and come up with 10 things I want to see…

1. Patrick J. Adams to return as Mike. I highly doubt he’ll do a full season but Suits can’t bid adieu without Mike being back for at least a handful of episodes. It’s already been made clear that Meghan Markle won’t be returning as Rachel, given she’s now a member of the Royal Family, but Mike needs to come back in some capacity.

2. Jessica Pearson. I know that Gina Torres has her own show launching soon, that follows Jessica’s exploits in Chicago but she has to be part of the final season of Suits doesn’t she? Even when she’s not been there, the character of Jessica has been felt in the fabric of the show.

3. Darvey as end game. It’s not the most popular opinion but if Harvey and Donna don’t get together by the end of the series, then their will they/won’t they pull over the past eight seasons will have been for nothing. I like them together and personally can’t see them with anyone else.

5. Louis (Rick Hoffman) and Sheila (Rachael Harris) to become parents. The two have been through a very rocky time of it and getting pregnant proved to be a difficult task. Now Sheila is pregnant, I can’t see any way we won’t be seeing a little baby Litt by the time the series finale comes around. Who knows, it could finally give Louis some peace and stability.

6. Plenty of nods to the show’s past. Suits has been very good at having guest actors recur and I want to see some of the best ones back for the final season. Among those I’d like to see Abigail Spencer’s Scottie, Neal McDonough’s Sean Cahill and Gary Cole’s Cameron Dennis.

7. A story arc that doesn’t revolve around merging firms. Suits has been guilty of repeating this storyline a few too many times. With Robert now out of the picture and the firm safe, I don’t want another season of in-fighting and emergency mergers. If anyone’s name is going up on that wall, it should be Donna’s!

8. This one will be controversial but I really want Brian (Jake Epstein) to leave his wife and get together with Katrina. I’m not saying that he needs break up his family for Katrina but if he’s in love with someone else that’s not the woman he’s married to, then that marriage is on borrowed time isn’t it? Maybe there can be a little time jump and Brian and Katrina find their way back to one another.

9. High stakes. Suits operates at its absolute best when the stakes are high like when Mike was trying to avoid prison. I want tension, suspense, cliff hangers and genuine moments where the firm looks like it may not pull through.

10. Gretchen (Aloma Wright) to still be part of the show. I know she was considering retiring but she can do that in the series finale. The way she dishes out real talk when its needed is one of the best things about the character. She’s completely different to Donna in the way she handles Louis and Harvey, and she’s endlessly entertaining.

Suits is due to return for its ninth and final season this summer.