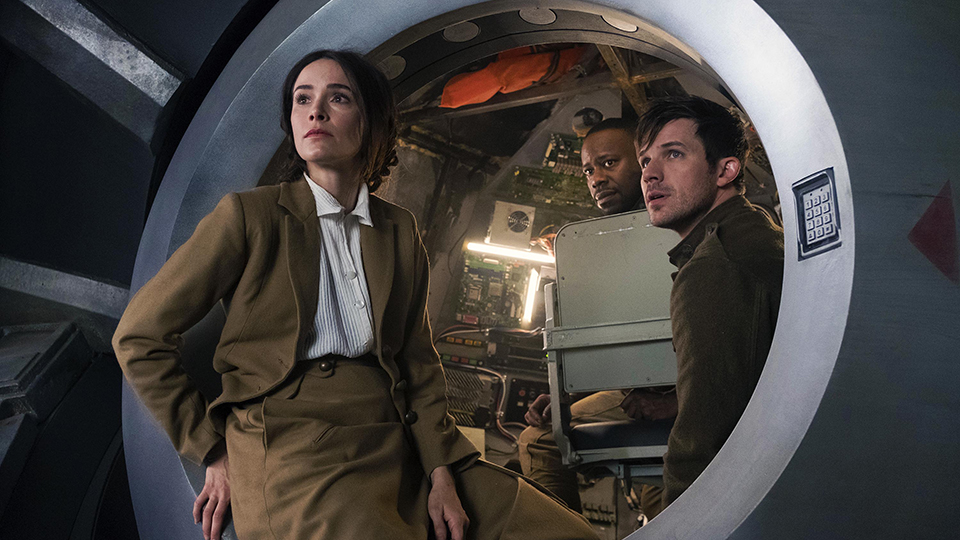 Fans of Timeless were dealt a moment of déjà vu when the ratings-troubled series was recently cancelled for a second time.

If you haven’t seen season 2 of Timeless and want to avoid spoilers, we suggest you stop reading now. If you’d like to hear our thoughts about why we wanted a third season, keep reading.

The time travel adventure was originally cancelled following its first season but outcry from fans led network NBC to reverse their decision. After making fans wait longer than usual for a second shortened season, Timeless fans were left hanging again as the season ended on a jaw-dropping cliffhanger. As time went by the signs weren’t looking good and eventually NBC announced that they were once again cancelling the show.

There’s been some talk of a wrap-up movie but I wouldn’t hold your breath. The cost alone of securing all of the cast, who are now out of contract, and reassembling the already dismantled sets will likely be prohibitive. Sony, who make the show, also failed to secure another home for it so it’s safe to say Timeless is dead.

Fans have been left frustrated after season 2 ended with Rufus (Malcolm Barrett) being killed and future versions of Wyatt (Matt Lanter) and Lucy (Abigail Spencer) arriving telling their present-day counterparts that they can help save him. Will we ever know what was meant to happen next?

1. Rufus’ rescue mission. Hands up who didn’t think this was going to be epic? Lucy and Wyatt teaming up with their future selves to save Rufus and reverse his death… sounds live sci-fi gold to me. It would have been interesting to see how Rufus lived on in the show until the team managed to save him.

2. Lucy’s love dilemma is unresolved. Jessica (Tonya Glanz) came in and ruined her burgeoning relationship with Wyatt but surely, I wasn’t the only one who thought sparks were starting with Flynn (Goran Višnjić)? I’m pretty sure Lucy and Wyatt are end game but a fun little flirtation with Flynn would have been enjoyable to watch pan out.

3. Revenge against Emma (Annie Wersching) and Jessica. Not only did Emma kill Rufus, she also killed Carol (Susanna Thompson) and Nicholas (Michael Rady) so there is a whole heap of reasons why she’d have a target on her head. Jessica hardly endeared herself to anyone either when she announced she was pregnant then revealed she was part of Rittenhouse.

4. A Jiya (Claudia Doumit) and Rufus reunion. These two were the perfect couple and I shipped them since the start of season one. With Jiya feeling partly responsible for Rufus’ death, I wanted to see that guilt lifted from her when the team ultimately got their team-mate back.

5. Future Wyatt and Lucy looked badass. I’m desperate to spend more time with the future versions of these two. They looked like they’ve weathered hard times and they were much steelier than the Wyatt and Lucy we’ve come to know. What’s the story there I wonder?

6. There was so much more scope. Timeless is the kind of show that could have run for years with so many stories left to tell. Having the rug pulled out from under it so early is devastating. I also felt like there was so much more Rittenhouse stuff to uncover and plenty more secrets to reveal about each of the characters.

7. The incredible cast. Timeless has one of the best ensembles on TV and it’s going to be hard not spending time with them every week. The dynamic clicked immediately between the leads and their chemistry is off the charts.

8. Fantastic fun for all the family. One of the things I’ve always loved about Timeless is that it’s reminiscent of proper family shows, like the US shows I grew up on in the 90s such as Due South and Lois & Clark. Those are getting harder and harder to come by.

9. Pure escapism. I can’t think of another show on TV right now that offers this kind of fantastical escapism. The way the show ties into historic events and explores them was brilliant. I can imagine it encouraged some younger viewers to read a bit more about history too, which can only be a good thing.

10. It shouldn’t have been cancelled. I left this until last because it’s pretty obvious. There are so many shows on TV that run for years that don’t have half the creativity this one does. It’s a travesty we’ll never know how it all ends.

Timeless is currently streaming on Netflix in the UK.