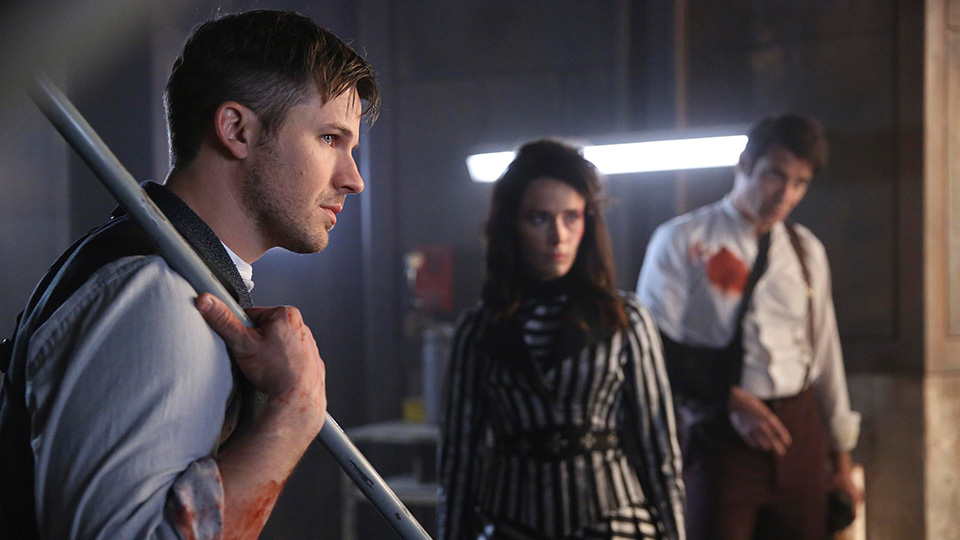 Wyatt and Rufus worked with Harriet Tubman (Christine Horn) to orchestrate a plantation raid while Lucy and Flynn convinced Montgomery to assist them. Tubman told Rufus she had a vision from God that told her he was going to arrive to help her.

In the present Jiya (Claudia Doumit) meet a former time-machine pilot that could access his visions at will, something Mason (Joseph Paterson) warned her against but she took no notice. Instead she found a quite place and accessed her visions.

Elsewhere Wyatt was angry with the team when they suggested that Jessica (Tonya Glanz) may be working for Rittenhouse citing the photos they found as proof. He wouldn’t believe it but did agree Jessica should move out of the bunker, which forced her hand to reveal that the team could be right as she stole the Lifeboat with Jiya in it.

The season finale is Chinatown. Jiya travels back to San Francisco in 1888, where she is stranded. The fractured team goes back to save her, but can she be persuaded to return?