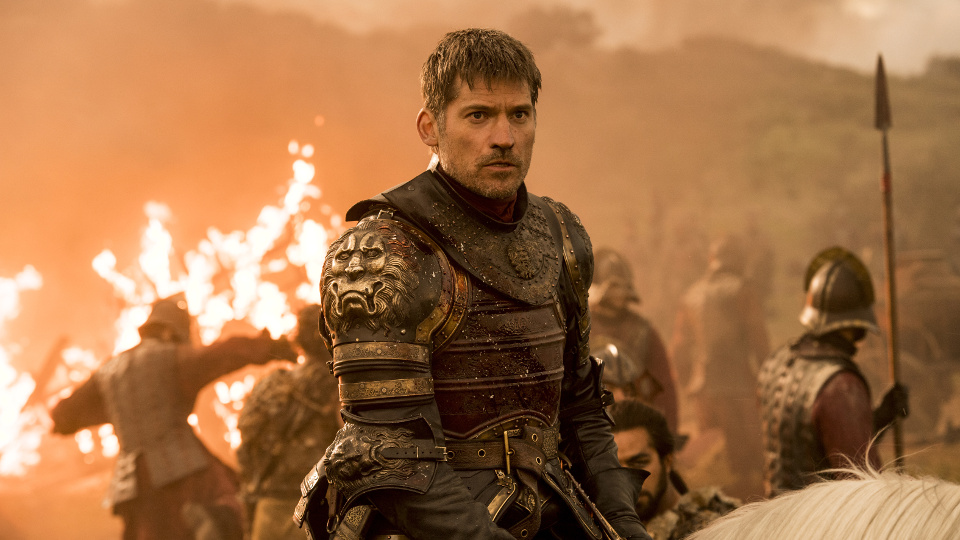 Now we’ve had time to digest the action from Game of Thrones season 7 episode 4 The Spoils of War we’ve found ourselves with plenty of unanswered questions.

If you’re not up to date on the Game of Thrones TV show and like to avoid spoilers we suggest you don’t read any further. Below are questions that we are left with after watching the fourth episode including plenty of speculation about what we think might happen next.

It’s probably the biggest question everyone has after that cliffhanger ending. Jaime Lannister (Nikolaj Coster-Waldau) is such a big character we can’t imagine he’d be saved from being incinerated only to drown straight away. Yes he was wearing his heavy armour and golden hand but we’re pretty confident that this won’t be the last we’ve seen of the Kingslayer.

2. Did Bronn survive and will he get his reward?

It wasn’t completely clear but we’re sure that it was Bronn (Jerome Flynn) who saved Jaime. He proved yet again that he’s rather handy when things get tough so we’re presuming he also survived. Maybe it will be Bronn who pulls Jaime out of the water? If so then Bronn seriously deserves those rewards that he craves. Let’s hope he gets them.

3. How badly hurt was Drogon?

We were nearly in tears when Bronn fired the scorpion and scored a hit on our favourite dragon, Drogon. That scream of pain will stay with us for a long time. He recovered enough to keep Daenerys (Emilia Clarke) safe but we have a feeling he could be out of action for some time. Will we get to see Dany ride one of her other dragons?

There wasn’t much left of the Lannister army after Drogon reduced most of them to ash. It looks like those that are left will be given a choice to switch sides and join Dany or die. Sounds like an easy choice to us!

5. Has Daenerys lost the plot and will Tyrion stick with her?

After a rough start in Westeros Dany was determined to show how powerful she was. Did she go too far? Tyrion (Peter Dinklage) certainly seemed to think so. Will he stick with her or reunite with his brother Jaime? Was Dany just putting on a show of strength or is she on the way to being the Mad Queen?

6. Did Randyll and Dickon Tarly survive?

House Tarly was always a supporter of House Tyrell until they joined up with Dany. They’ve found themselves fighting alongside the Lannisters and it looks like they are now on the losing side. We’re guessing Randyll and Dickon survived but aren’t sure what they will choose to do next.

7. When will creepy Bran spill the beans?

We all know that Bran (Isaac Hempstead Wright), aka The Three-Eyed Raven, now knows everything that has happened as well as some things that haven’t. The biggest secret he currently keeps (that we know about!) is about Jon Snow (Kit Harington) and his real parents. We know he wants to tell Jon but is waiting for the right time. When he does get around to it then things could really change for Jon and Dany.

8. Will Theon manage to save Yara?

Theon (Alfie Allen) made it back to Dragonstone to ask for Dany’s help to save Yara. She may agree to that after what Euron did to her fleet but we reckon she’ll find him a much more formidable opponent. Theon has been through a lot and we can’t see him surviving much longer.

9. Who will Arya kill next?

Arya still has plenty of people on her kill list. We’re wondering if she might also add Littlefinger (Aiden Gillen) to her most wanted. Maybe she can use the dagger that he gave to Bran. Being a Valyrian steel dagger also makes us wonder if/when she’ll get in on the White Walker slaying action.

10. Will Jon Snow and Daenerys get together?

Ser Davos (Liam Cunningham) seemed to try and turn matchmaker for Dany and Jon. While Jon said there wasn’t time for that, he didn’t say he wasn’t interested did he? Dany also seems to find him intriguing as he’s not quite the pushover she would expect. If Bran hurries up (see question 7) then they may well view each other rather differently. Would Game of Thrones put us through another wedding?

Read our preview of Game of Thrones 7×05 Eastwatch.