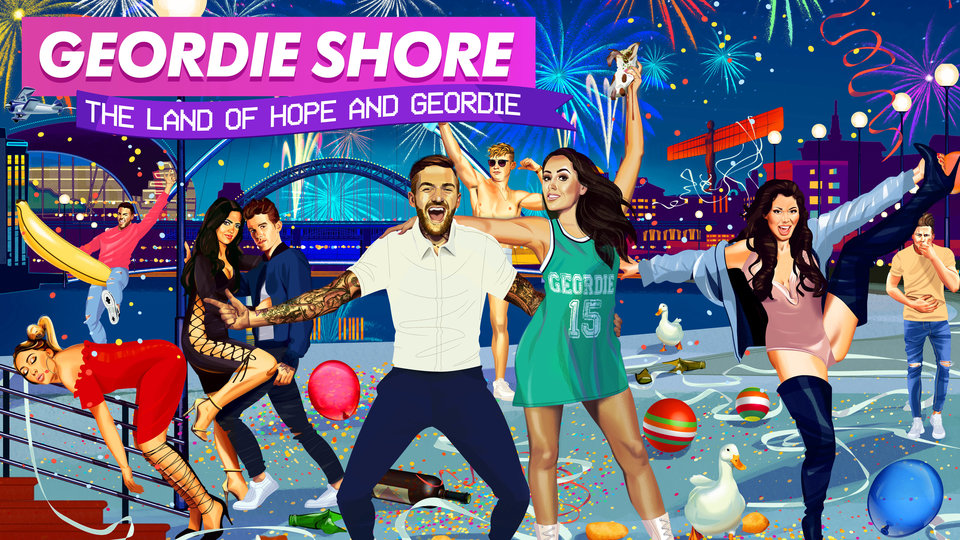 The nations favourite Geordies are back this month with a brand new adventure. MTV has announced that Land Of Hope and Geordie will start airing this month.

A preview of the first episode is below:

Boss Anna is back to prove she’s still in charge and is joined by Aaron, Scott, Nathan, Marty, Marnie and Chloe, as well as originals, Gary and Sophie. Having worked her way to the top as the radgiest new ‘worker’ last series, Abbie Holborn truly earned her place in the house and is back for her first full series.

Starting on home turf, in the land of hope and Geordie, Anna introduces a new business venture, ‘Toon Tours.’ However, this is Geordie Shore after all, so it’s not all work and no play! Join the family as they show the locals how to party in Newcastle, Birmingham and Rome.

When the gang are given the night off to head to Birmingham and cheer on Aaron in his BAMMA fight, it’s not just in the ring that tensions are running high… Next our Geordies return to Newcastle, but not for long, because it’s time to get radgie in Rome! Forget the Colosseum, this lot are checking out the other attractive sights Italy has to offer. Will we see any Lady and Tramp style spaghetti kisses?

A lot has changed since series 14 and this time round, we’ll see ‘top shagger’ Gary return to the house newly single and be reunited with the ‘Buck Squad’. Will he have his wingman back or will we see the return of ‘Maaron’? Aaron may have won his fight, but will he be able to win Marnie’s heart in this series of Geordie Shore?

Advertisement. Scroll to continue reading.
In this article:Geordie Shore, Land of Hope and Geordie