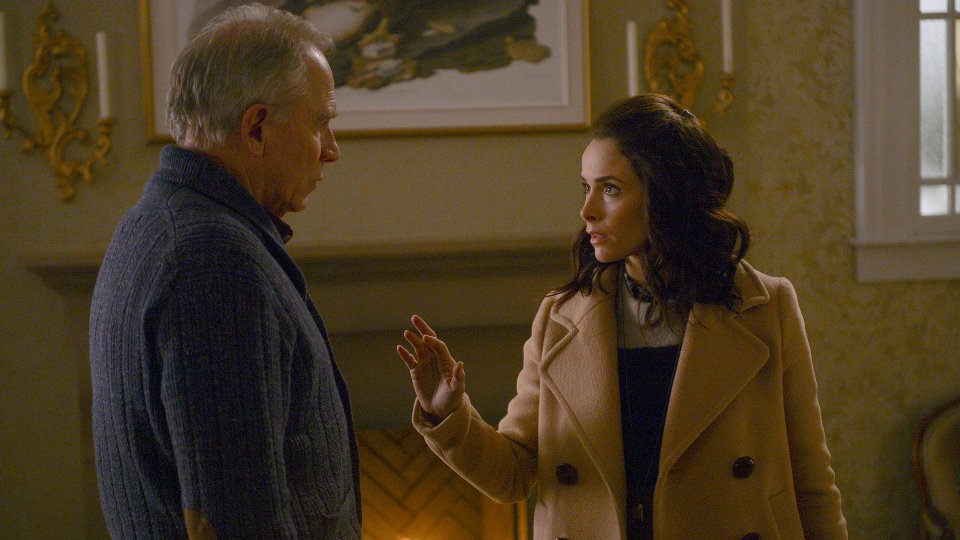 Wyatt (Matt Lanter) and Rufus (Malcolm Barrett) went back to 1983 to try and save Wyatt’s wife on the latest episode of Timeless.

Coming up with a plan so that Wyatt could take all of the blame by pretending he’d taken Rufus hostage, Wyatt revealed all to Lucy (Abigail Spencer) asking her to tell Agent Christopher (Sakina Jaffrey) everything once he had stolen the Lifeboat.

Arriving in Toledo, Ohio Wyatt tracked down the parents of Jessica’s killer and went to great lengths to stop them hooking up. Wyatt began to panic when his attempts to keep them apart failed and he interrupted them about to have sex in a hotel room. Armed with a gun, Wyatt forced the two apart and an accidental fall killed the man.

Elsewhere Emma (Annie Wersching) told Flynn (Goran Višnjić) and Anthony (Matt Frewer) about Rittenhouse’s real intentions for the time machines. Anthony told Lucy his plans to sabotage Flynn and an explosion at the Mothership’s location left debris and Anthony’s body, but it was revealed he was shot at close range.

The next episode of the season is The Lost Generation. As Lucy grapples with her newfound identity, Flynn disappears to 1927 France on the day that Charles Lindbergh completes his transatlantic flight.

Tune in to E4 HD at 9pm on Wednesday to see the episode. Preview it with our gallery below: