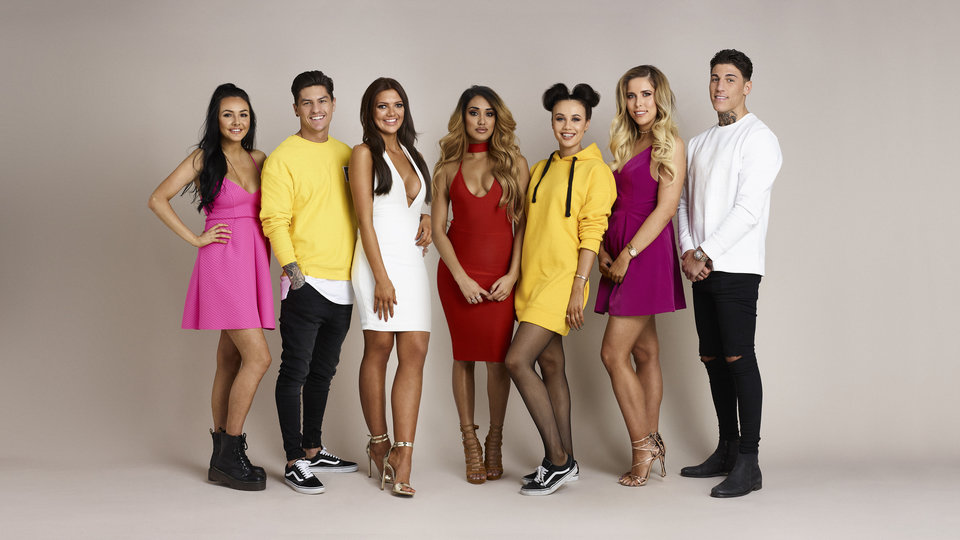 Back this series are Gaz Beadle, Marnie Simpson, Sophie Kasaei, Chloe Ferry, Aaron Chalmers, Nathan Henry and Marty McKenna. The gang is all set for a supersized new series, and Scotty T will be joining in the fun, albeit fashionably late!

A brand new this year and joining the old gang, eight new workers, Abbie Holborn, Billy Philips, Chelsea Barber, Elettra Lamborghini, Eve Shannon, Sam Bentham, Sarah Goodhart and Zahida Allen. The latest additions are eager to leave their mark and prove their up for the task.

Below is a little bit more about each of the new contestants:

Party girl Abbie doesn’t care what people think of her and reckons she’s like any other girl her age. On a night out – Abbie will always be on the lookout for a guy to tash on with!

Even though he’s a boxer, Billy, describes himself as ‘canny chilled’ and he’ll need to keep calm to stay in Anna’s good books.

Chelsea works in a bar in Newcastle so should know all about getting mortal on nights out. According to Chelsea, she’s a ‘reet messy drunk’. Sounds like a few other Geordies we know!

As the heiress to Lamborghini, life is fast and furious for Elettra and she’s not about to slow down as she enters the Geordie Shore house. Elettra’s favourite things are music and nightlife, so we are sure that she will fit right in.

Former Miss Sunderland contestant, Eve, has done a season in Ibiza and should know all there is to know about getting people mortal and bonding over a shot or two… so working for Anna should be easy!

Sam’s friends describe him as the class clown but he reckons he’s got brains and beauty and is obsessed with documentaries about animals. Will we see Sam’s infamous ‘crab dance’ again, or will any of the other girls catch his eye now Charlotte has left the party?

Sarah, who is Marty’s ex and featured in Ex on the Beach, thinks she is one hundred percent genuine and relatable, but sometimes ‘a touch unstable’. We hope professional make-up artist, Sarah, has packed her waterproof mascara then.

And last but not least, our second Ex on the Beach alumni Zahida, isn’t just a pretty face as she runs her own events and promotion business. Will she be giving Anna a run for her money?

In Series 13, the Geordies jetted off to the blue seas and skies of the Mediterranean. Things got mental as the gang hit up the biggest and best party islands in the world! It saw Aaron and Marnie’s relationship explode which made him temporarily leave the series, and Holly bid farewell to the family.