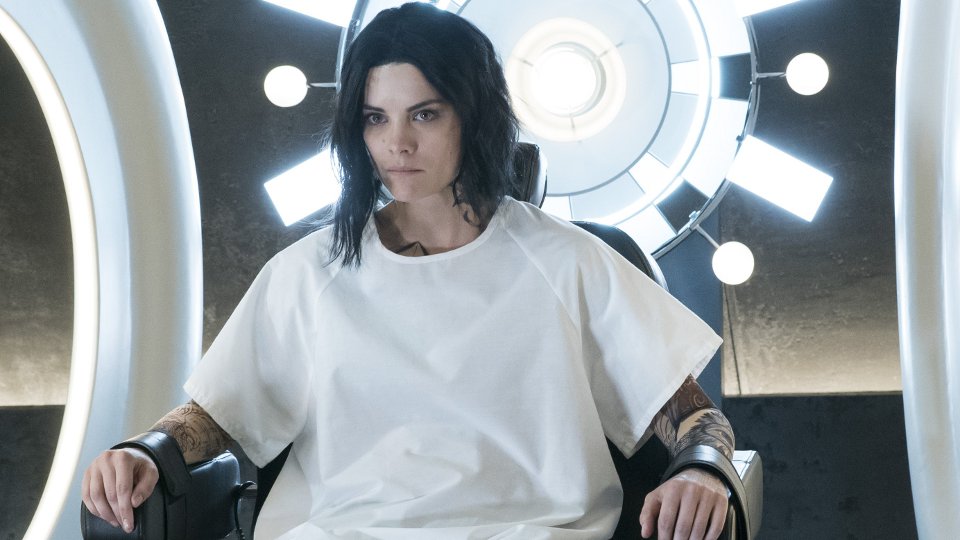 Blindspot finally returns to UK screens this week. We’re getting it nearly two months after the US so be careful of spoilers. On EF we’ll be following along with the episodes as they air in the UK.

In the Blindspot season one finale we were hoping for the answers to some of the big questions. Instead it left us with few answers and revealed that Jane Doe (Jaimie Alexander) isn’t Taylor Shaw after all.

In season two we’re promised some pretty big revelations right from the first episode. These should help set up the the direction of the series but we’re sure there will be just as many twists and turns to keep viewers guessing.

The season two premiere is In Night So Ransomed Rogue and here’s the official synopsis:

Three months have passed, and an incarcerated Jane is about to take back control.

Season one finished with Jane killing Oscar and then being arrested by an angry Weller (Sullivan Stapleton). The synopsis hints that Jane might escape and some of the images below seem to confirm this too. We know from the first season though that things aren’t always as they seem on Blindspot.

Let us know your predictions in the comments below.

Tune in to Sky Living HD at 9pm on Thursday 17th November to see the season premiere. Preview the episode with our gallery below: