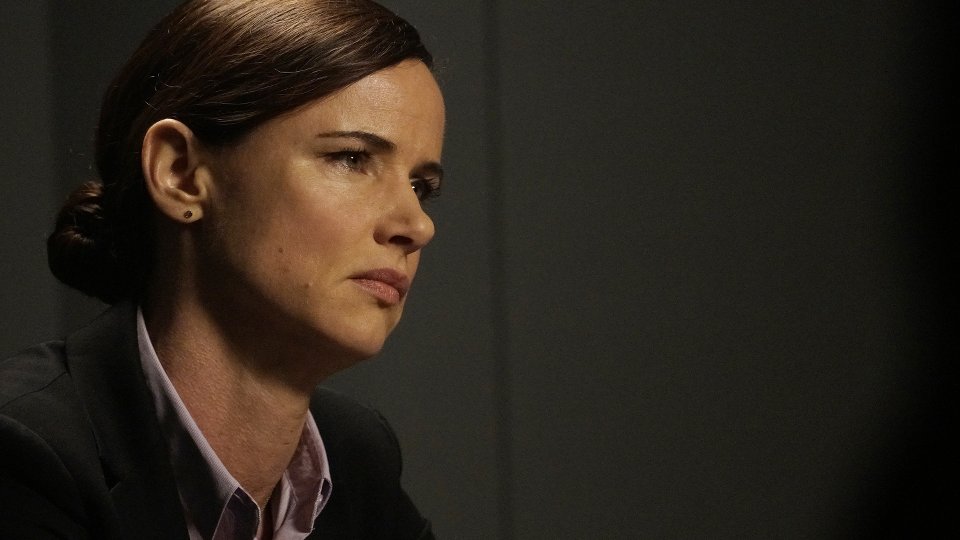 Danny (Kenny Johnson) and Cornell (Juliette Lewis) were discovered to be working together on the latest episode of Secrets and Lies.

Eric (Michael Ealy) found out that Danny was really a cop and was informing to Cornell to try and solve Kate’s (Jordana Brewster) and find his missing daughter Rachel (Virginia Gardner). Cornell set a trap fro Rachel’s friend Carly (Presilah Nunez) to try and find out what happened to her.

When Carly wouldn’t play ball, Cornell tried to charge her for solicitation but she soon discovered the men at the police station had regularly used Carly’s services so she was let go. Cornell also got in trouble for working with Danny, who has an arrest warrant out on him.

Elsewhere Eric and Patrick (Charlie Barnett) tracked down Kate’s biological mother and discovered that Kate had an affair with her mother’s boyfriend, who was the father of her secret child.

The next episode of the season is The Parent. Eric is visited at his office by someone connected to Kate. Cornell is blindsided by shocking news from her ex-husband.

Tune in to W at 9pm on Tuesday to see the episode. Preview it with our gallery below: