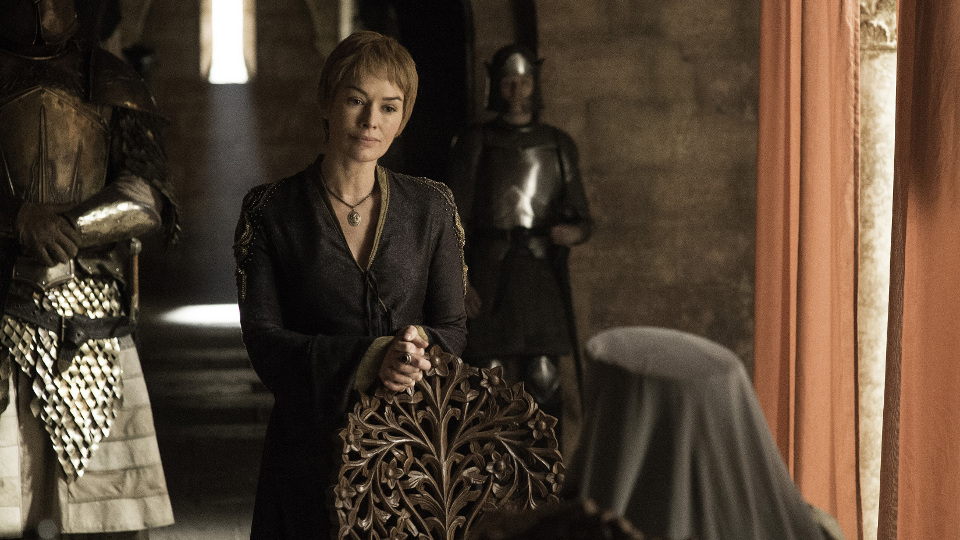 The sixth episode of season six saw the return of several characters we haven’t seen for a while.

We mentioned our predictions for the seventh episode in our The Broken Man preview.

The episode opened up with a short scene before the title credits. We finally met Ray (Ian McShane) who was leading a small group of people to lead a better life. They were constructing a sept and just before the title credits rolled we saw a shot of a large man carrying a heavy piece of wood. As the camera panned round it was revealed that Sandor ‘The Hound’ Clegane (Rory McCann) is still very much alive! (We predicted it in our 10 things we want from Game of Thrones season 6 last June).

The Hound appeared somewhat changed and had seemingly found himself a little peace since we last saw him in season four. Ray spent a lot of time talking with him and The Hound told him he was bested by a woman (Brienne). We found out that Ray was the one who found him and helped nurse him back to health.

When Ray asked him what had kept him going he replied ‘Hate’. Ray told him that the Gods obviously still have plans for him and by that we’re hoping it means he’ll eventually get to face off with his brother, The Mountain.

In King’s Landing, Queen Margaery (Natalie Dormer) was reading a holy text when the High Sparrow (Jonathon Pryce) popped in for a chat. She impressed him by quoting the passage she was reading from memory.

He questioned her on why she hadn’t yet fulfilled her duties in bed to King Tommen. He reminded her that she needed to give Tommen an heir. He also suggested that her grandmother, Olenna Tyrell (Diana Rigg) was a sinner and needed to be converted to their ways.

Margaery went to see Olenna with Septa Unella (Hannah Waddingham) observing their conversation. Olenna was as wonderful as ever as she branded Margaery as mad and suggested Unella get a bashing from her guards. Margaery appeared fanatical about her new found faith and told her that Loras needed to repent.

We know Margaery is as manipulative as Cersei and it seems that she’s playing a dangerous game against the High Sparrow. She’s using her new found faith to reclaim her position and get her way. She advised Olenna to leave and go home. Olenna was having none of it but Margaery managed to secretly slip her a note. It had a doodled picture of a flower, similar to the Tyrell sigil.

Olenna understood the message and immediately began getting ready to leave. Cersei came to see her and Olenna gave her a dressing down and blamed everything on Cersei’s stupidity. Cersei managed not to react and appealed to Olenna that they needed each other.

Cersei is currently rather isolated and racking up enemies. Keeping the Tyrell’s on the Lannister’s good side would really help her. Olenna told her she was leaving and said Cersei was the worst person she’d ever met and had already lost.

In the Riverlands, at Riverrun, Jaime Lannister (Nikolaj Coster-Waldau) arrived with Bronn (Jerome Flynn) and the Lannister army. We’ve missed Bronn and were glad to see he was his usual pessimistic self as he had a whinge about things.

The arrived to see Lother Frey (Daniel Tuite) and Black Walder (Tim Plester) attempting to take Riverrun back from Brynden ‘The Blackfish’ Tully (Clive Russell). Their plan was to threaten the life of his nephew, Edmure Tully (Tobias Menzies). Brynden was having none of it and called their bluff saying to go ahead. They didn’t and were left looking stupid.

Jaime walked in and told them he was taking charge by order of the king. He requested a parley with Blackfish and he agreed. Blackfish poked fun at Jaime asking if he was there to deliver the Stark sisters, Arya and Sansa, or maybe he just wanted to resume his captivity.

Jaime told him that he needed to surrender in order to save his people saying that the war was over. Blackfish said that while he was alive the war would not be over and that he was prepared to die. He also claimed they could easily last two years in a siege.

Meanwhile, Jon Snow (Kit Harington), Sansa Stark (Sophie Turner) and Ser Davos (Liam Cunningham) tried to drum up support to retake Winterfell from Ramsay Bolton. They started with the Wildling army but they weren’t convinced it was their fight. Tormund Giantsbane (Kristofer Hivju) reminded them that Jon Snow had saved them and already died once for them. He said they would be cowards not to do the same for him. They eventually agreed to help.

Jon, Sansa and Davos then went on a tour of the North to speak to the different Houses. At Bear Island they met with Lady Lyanna Mormont (Bella Ramsay), a tough talking 10-year-old. Jon and Sansa had no luck but Davos was able to get through to her. Sadly they only have 62 fighters to help the Starks.

Next they tried House Glover but were unable to convince Robett Glover (Tim McInnerny). He told them the Boltons had helped them and while they used to be loyal to Ned Stark, they wouldn’t fight with Wildlings.

Sansa wanted to try more Houses but Jon said there was no time. Davos said despite their low numbers they had a chance but then rushed off to stop the men fighting amongst themselves. Sansa was seen to write a letter that she placed a Stark seal on. Presumably she’s going to take up Littlefinger (Aiden Gillen) on his offer of the Knights of the Vale?

The Greyjoys, Theon (Alfie Allen) and Yara (Gemma Whelan) were still on the run from Euron. They were in port with their fleet and Yara and her men were enjoying the prostitutes. Theon looked rather uncomfortable to be there thanks to his past ordeal and he wasn’t finding Yara’s jokes about him being castrated funny. She urged him to drink his ale and told him that she needed the real him back. If that wasn’t going to happen he might as well slit his own wrists. Her plan is to sail to Meereen and offer their ships to Daenerys.

In Braavos, Arya Stark (Maisie Williams) was seeking to buy passage on a ship back home. She appears to have decided to put the idea of joining the Faceless Men and becoming an assassin to bed. Once finding a ship she found a bridge and stared out to the horizon.

An old lady approached her and something felt wrong. It was The Waif (Faye Marsay) in disguise and she’d come to kill Arya. She stabbed her several times in the stomach before Arya was able to fight back and leap into the water below. She survived and made it out of the water but was bleeding heavily.

Back with the Hound, Ray gave a speech to his followers about the bad things he’d done in the past. His message was that it is never too late to do good. The Hound appeared to take it in before some men from the Brotherhood without Banners turned up demanding horses and food.

Ray didn’t have anything they wanted and they gave a warning before leaving. The Hound suggested to Ray that they fight but Ray told him that violence is a disease. Ray went off to make supper and left the Hound chopping wood.

Later the Hound noticed something was up and rushed back to camp. There he found everyone had been murdered and Ray had been left to hang. He grabbed an axe and set off, presumably to get his revenge. The Hound is most definitely back!

Let us know your thoughts on The Broken Man in the comments below as well as your hopes for the rest of the season.

Already looking forward to the next episode? Read our preview of Episode 8 ‘No One’.

View more images from The Broken Man in our gallery below: