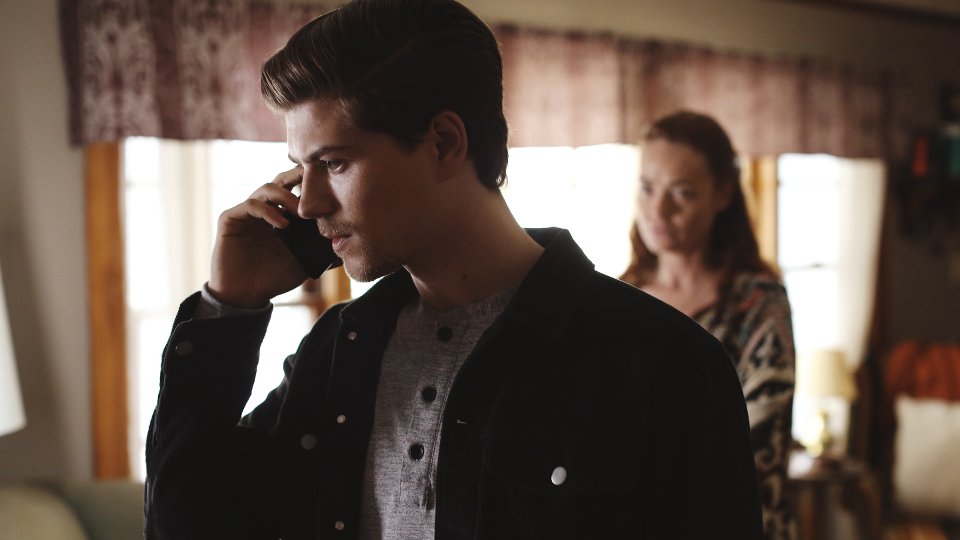 Scream returned to our screens for a second season this week and the Lakewood 6 need to watch their backs.

Emma (Willa Fitzgerald) returned to Lakewood after taking some time away to deal with her problems. Nervous about fitting back in with friends following her meltdown after the last spate of killings, Emma tried to reconnect with Kieran (Amadeus Serafini) but found that picking up where she left off wasn’t easy.

She was also plagued by dreams of a pig farm that belonged to Brandon James’ brother. Enlisting a reluctant Brooke (Carlson Young), Emma went to investigate the farm and found clippings about herself all over the wall. The new killer emerged behind her and the episode closed on one heck of a cliffhanger.

Elsewhere Jake (Tom Maden) became the first victim of the new killer, Noah (John Karna) became obsessed with finding out who Piper’s (Amelia Blaire Rose) accomplice was, and Audrey (Bex Taylor-Klaus) was tormented by someone who knew that she had been in contact with Piper prior to the killings.

The next episode of the season is Psycho. Tensions rise when Maggie (Tracy Middendorf) reveals information relating to Emma’s past. Emma attempts to take control of her fears as a someone unexpected arrives in town. Noah investigates an unsettling new lead for his podcast.

Tune in to MTV at 11/10c on Monday in the US and Netflix on Tuesday to see the episode. Preview it with our gallery below: