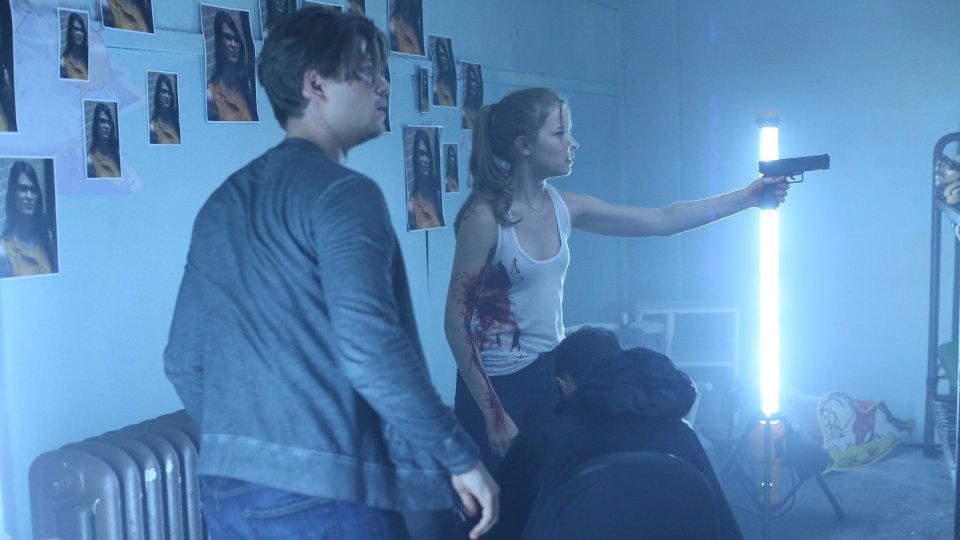 Emma (Willa Fitzgerald) and Audrey (Bex Taylor-Klaus) were arrested and framed for murder on the penultimate episode of Scream’s second season.

Mayor Maddox (Bryan Batt) met a sticky end when the killer murdered him in the barn after he was lured there by Eli (Sean Grandillo). Emma and Audrey turned up to find the Mayor dying and soon after the police arrived and arrested them on suspicion of murder.

Elsewhere in the episode the killer broke into Emma’s house and stole her diary leaving behind a wooden heart with her name on it, Emma found a photo from Will’s (Connor Weil) funeral that featured Eli in the background and Sheriff Acosta (Anthony Ruivivar) questions Ms. Lang (Austin Highsmith) about her relationship with Piper (Amelia Rose Blaire).

Meanwhile Noah (John Karna) was talked out of ending his podcast by Stavo (Santiago Segura) and the killer hacked Noah’s computer and uploaded a video of his work so far putting Emma and Audrey in a difficult position.

The season finale is When a Stranger Calls. Emma and Audrey must make a daring move. Finally facing off with the Killer, they unmask Piper’s final surprise.

Tune in to MTV tomorrow at 10/9c in the US and Netflix on Wednesday in the UK to see the episode. Preview it with our gallery below: