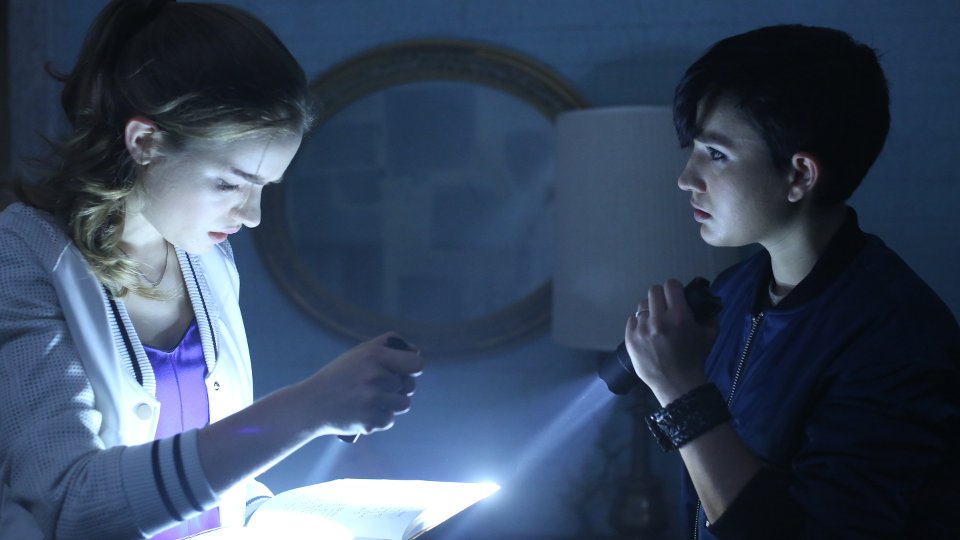 Emma (Willa Fitzgerald) and Audrey (Bex Taylor-Klaus) had to put aside their differences on the latest episode of Scream.

With things still unresolved after Audrey’s secret came out, Emma had to put her feelings to one side and join forces with her friend when Noah (John Karna) went missing. The killer had buried him alive and the girls were locked in a race against time to find him.

They tracked him down to the pig farm and managed to save his life but unfortunately they couldn’t save Zoe. The killer had planted a phone showing a ‘live feed’ of Zoe who was also buried alive. They located her coffin in the lake but when they opened it she was already dead.

Elsewhere in the episode Maggie (Tracy Middendorf) was convinced to try and contact Brandon James by Sheriff Acosta (Anthony Ruivivar) and it was revealed that Eli (Sean Grandillo) was pretending to be him.

The next episode of the season is Heavenly Creatures. In the wake of another murder, Emma and Audrey find themselves prime suspects when evidence appears implicating them both in the killing spree.

Tune in to MTV tonight at 10/9c in the US and Netflix tomorrow in the UK. Preview the episode with our gallery below: