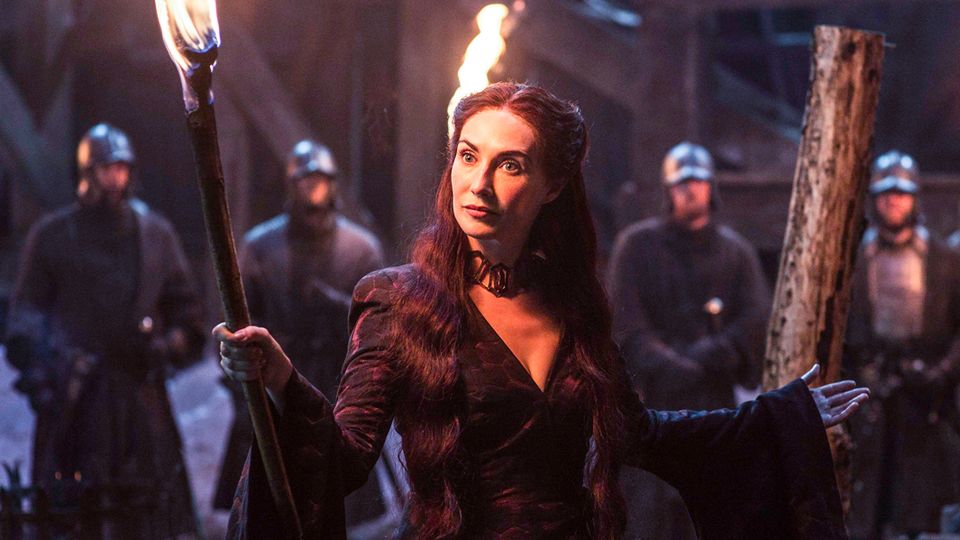 Game of Thrones is set to return to TV screens for a sixth season in just a few hours. Season 5 of the hit HBO fantasy drama series was recently released on Blu-ray and DVD so I’ve been rewatching it to refresh my memory.

Game of Thrones Season 5 is based on George R. R. Martin’s A Feast for Crows and A Dance with Dragons, with some late chapters from A Storm of Swords and elements from The Winds of Winter. Season 5 follows the same format as previous seasons with a 10 episode and the show manages to cram in so many characters and plots that it’s hard to keep up. If you haven’t watched the show before then I would highly recommend you only start at the beginning. Otherwise you’ll have no idea what’s going on or who anyone is if you start part way through. Plus every single season has been fantastic so you really don’t want to miss a single episode.

Game of Thrones features more main characters than most other shows have cast members. Fans of the show soon learn to expect the unexpected and in particular that none of the characters, including the main ones, are safe. The show isn’t afraid to shock and upset the audience and always has plenty of twists and turns to keep us guessing.

Set in the fictional continents of Westeros and Essos the show follows different groups of characters in their quests to claim the Iron Throne and control the Seven Kingdoms. Following a decade-long summer it’s time for the return of winter. There’s also a looming threat coming from the North beyond the Wall from mythical creatures known as the White Walkers.

Watch the Game of Thrones season 5 trailer below which features exclusive music from Jordan Max:

Season 5 continues the many events of season 4. At Castle Black, Jon Snow (Kit Harington) struggles to balance the demands of the Night’s Watch with those of newly-arrived Stannis Baratheon (Stephen Dillane). Cersei (Lena Headey) struggles to hold on to power in King’s Landing amidst the Tyrells and the rise of the Sparrows. Jaime (Nikolaj-Coster Waldau) heads to Dorne to bring home his daughter. Arya (Maisie Williams) trains at the house of Black and White. Tyrion (Peter Dinklage) goes on the run and heads to Meereen where Daenerys Targaryen (Emilia Clarke) is finding that ruling is harder than she expected.

Bran (Isaac Hempstead-Wright), Hodor (Kristian Nairn) and Meera (Ellie Kendrick) are absent from season 5 and will return in season 6.

Extras included with the Season 5 Blu-ray release include deleted scenes, episode commentaries and documentaries. The features include a look at the Targaryen civil war that led to the downfall of the dragons. Even if you’ve watched season 5 multiple times the extras give plenty of reasons to purchase the Blu-ray release.

Game of Thrones continues to be the best TV show around and season 5 is the best season of the show so far. It might be a complex show but once it has you hooked you’ll want to return to it many times. Essential viewing.

Advertisement. Scroll to continue reading.
In this article:Blu-ray, DVD, Game Of Thrones, HBO