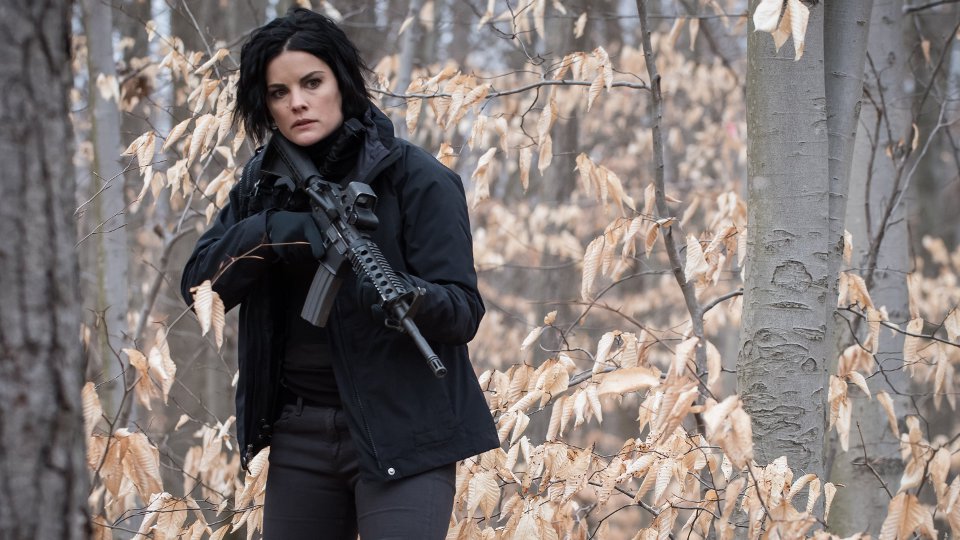 On the latest episode of Blindspot, it was Jane’s birthday (Jaimie Alexander). She was greeted at work by Weller (Sullivan Stapleton) who had a little present for her. She didn’t get to open it right away though because Allie (Trieste Kelly Dunn), Weller’s girlfriend showed up and interrupted them. Later Jane opened the gift and Weller explained that it was a pin that had belonged to her mother.

The team’s latest mission involved a raid on a truck carrying chemical weapons. Their investigation led them to a corrupt general who had been selling the weapons to North Korea.

Oscar’s (François Arnaud) latest mission for Jane was to split up Weller and Allie by getting close to Weller. She was reluctant to do so but he explained how hard it was for him to ask that of her because he loves her – leading to the pair having sex.

Meanwhile Patterson (Ashley Johnson) had a call from a restaurant to confirm a reservation David made for their anniversary as a surprise. She had a conversation with Dr.Borden about it and he encouraged her to keep the reservation and go as a way to remember David.

Elsewhere in the episode, Weller discovered that his sister had moved out after being dumped by Reade. Weller, Tash and Mayfair all confronted Reade about it but he told them all they had just broken up rather than reveal the truth about him being threatened.

At the end of the episode Patterson went along to the restaurant to dine alone. There she remembered David and imagined him there with her. She brought along the final crossword puzzle that he had published in the New York Times and solving it revealed a secret message just for her. It indicated that he had solved another of Jane’s tattoo’s before his death.

The next episode of the season is Mans Telepathic Loyal Lookouts. A hidden message in the New York Times crossword puzzle leads the team into dangerous waters.