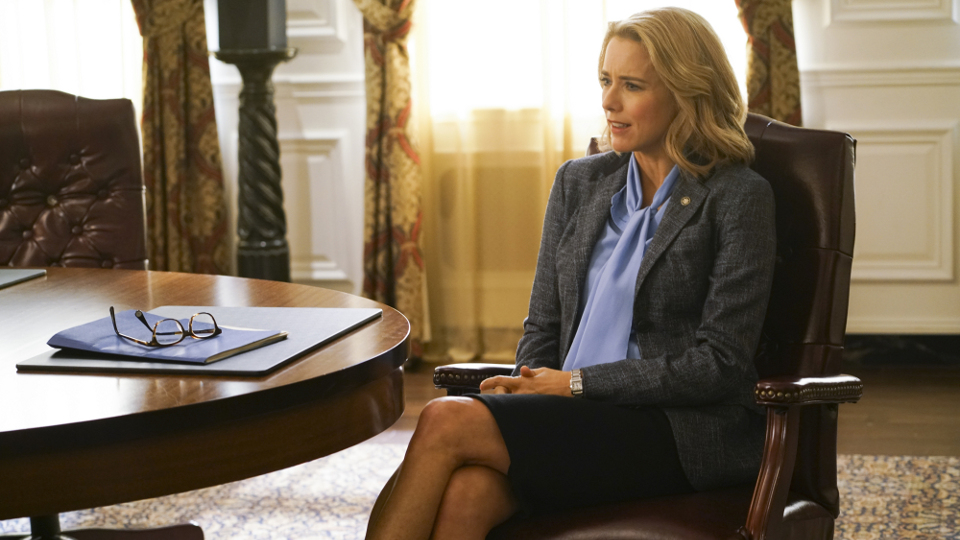 In the latest episode of Madam Secretary, Elizabeth (Téa Leoni) had some time away from the office when Henry’s (Tim Daly) father Pat passed away.

Pat’s autopsy shocked the whole family when it revealed that he had committed suicide by overdosing on hydrocodone. Henry’s sister Maureen (Kate Burton) wanted the suicide kept quiet but Henry disagreed and felt they needed to be honest about it in order to grieve.

The both faced the wrath of Maureen who blamed Henry for their fathers death. She said he’d turned his back on his family and in emotional scenes she took her anger out on him way too much.

In another emotional moment Henry later confessed to Elizabeth about a time at college when he was too embarrassed to take his father to a father-son dinner event. He later spoke at his fathers funeral which was tough to watch without bursting into tears.

Elsewhere in the episode Jason and Alison gained access to their grandfather’s PC. They felt something wasn’t right about his death and discovered that he had been the victim of an online scam. Elizabeth called on Blake to help and he uncovered the person behind the scam was one of Pat’s close friends.

At the end of the episode Nadine (Bebe Neuwirth), in Elizabeth’s absence, went up against Russell Jackson (Željko Ivanek) at the State Department. She spotted a redacted paragraph in an important report but he told her to drop it. Not one to be bossed around she stood her ground and eventually got an explanation from him.

The next episode of season two is Left of the Boom. While overseeing a mission to track down the culprits behind a uranium heist in Eastern Europe, Elizabeth also contends with other highly sensitive issues with Saudia Arabia, that may potentially threaten an Arms deal the two countries have been working on. Also, Elizabeth deals with a diplomatic crisis when two American teenage girls flee the country to join the terrorist group Hizb al-Shahid (HS)