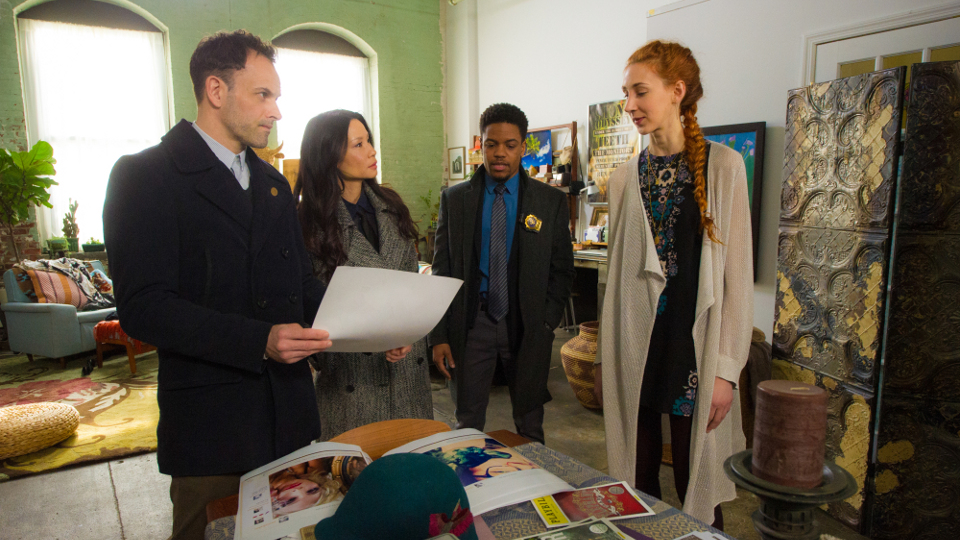 In the latest episode of Elementary, Holmes (Jonny Lee Miller) and Watson (Lucy Liu) were approached by a woman named Lin Wen. She turned up on the doorstep of the brownstone after being shot in her apartment by an intruder.

She told them she was involved with Sherlock’s brother Mycroft and they agreed to help her. She explained that she was making money on the side by hosting illegal poker games in the empty listings of her real estate business. One of the recent poker games was robbed by masked men and her lookout had gone missing.

As the pair got closer to the truth behind the case they were interrupted by Agent McNally from the NSA. He hacked into Joan’s laptop to deliver a video message before wiping it and knocking out the power at the brownstone.

It turned out that the suspects behind the robbery were actually Turkish spies. The robbery was also a distraction from the real crime which was to copy a key. The key allowed them to gain access to servers containing sensitive diplomatic data.

At the end of the episode Watson discovered that Lin was her half sister, sharing the same father. Her story about knowing Mycroft was untrue and just a way to get close to her.

The next episode of season four is Art Imitates Art. As Holmes and Watson investigate a woman’s murder, they discover her death is linked to a piece of artwork that has ties to a crime that was committed when she was in college. Also, in the wake of a shocking personal revelation, Watson attempts to forge a connection with a recent client.

Tune into Sky Living at 10pm on Thursday to watch the episode. Preview episode 20 with our gallery below: