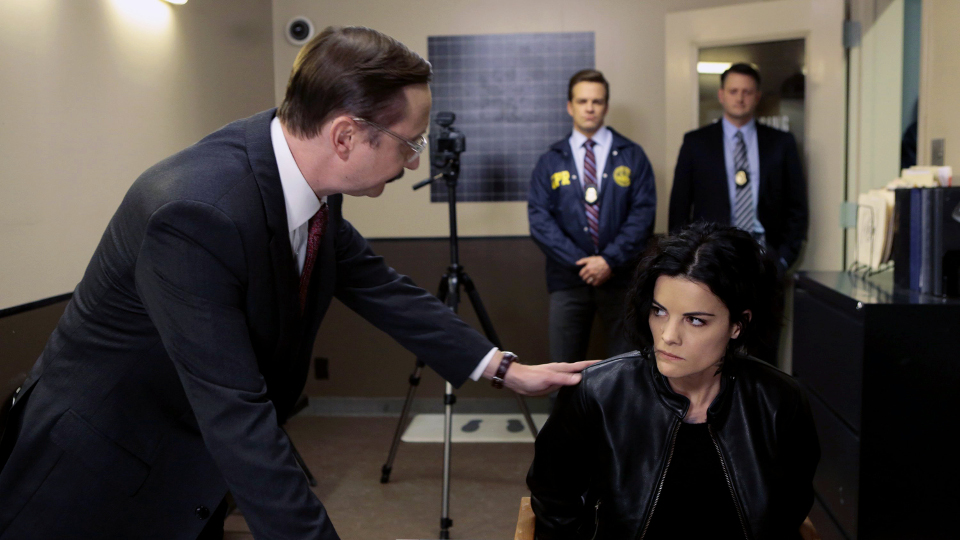 On the latest episode of Blindspot, Jane (Jaimie Alexander) was given her first mission by Oscar (François Arnaud). He wanted her to replace Mayfair’s (Marianne Jean-Baptiste) pen with a replica and bring him back the original. Jane wasn’t sure whether to trust Oscar or not but the pen seemed to be a normal pen. She went ahead with the mission, which appeared to be nothing more than a test, as she’s desperate for answers.

Jane found herself torn about who she can actually trust but went back to the FBI to join their latest outing. An attack on an army base was carried out by an airborne soldier who was listed as dead. Patterson (Ashley Johnson) discovered that his name was one of Jane’s cryptic tattoo’s.

This led the team to the discovery of an illegal program that was trying to create super soldiers. They were also using the Zip drug that was used on Jane to wipe her memory.

Elsewhere in the episode we discovered that Weller (Sullivan Stapleton) can make a mean Peanut Butter & Jelly sandwich. He also pushed his dad about the night Taylor disappeared. His dad appeared to break down and reveal the truth for the first time, that he was depressed and had gone to kill himself. Maybe Weller will be more understanding moving forward?

The episode also gave Reade (Rob Brown) an interesting side-story of his own. He’s gone and got himself involved with Sarah, Weller’s sister. The relationship is secret for now but we can probably expect fireworks when Weller finds out.

By the end of the episode Jane had completed her pen swap mission. In return Oscar answered a couple of her questions. He confirmed that the bearded man who died was also working with them. Jane tried to go for something bigger and asked about Orion to which Oscar replied ‘It’s where you died’. The plot thickens.

The next episode of the season is Erase Weary Youth. When the team receives a tip off that there is a mole in the FBI, Jane fears her secrets may be revealed.