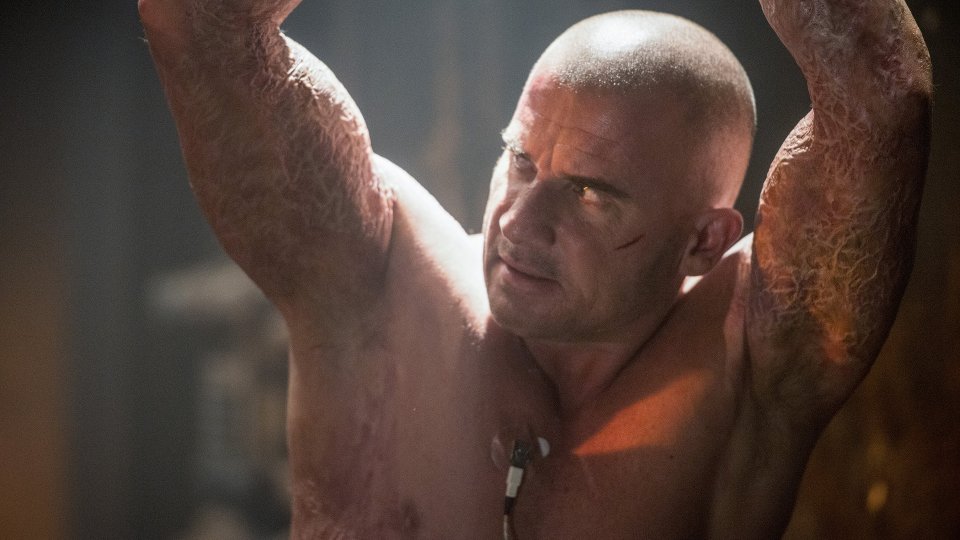 Ray (Brandon Routh), Mick (Dominic Purcell) and Dr. Stein (Victor Garber) were captured by the Soviets on the latest episode of DC’s Legends of Tomorrow.

After arriving in Washington D.C. in 1986, the team had to find a document in the Pentagon that would lead them to Savage (Casper Crump). Once they retrieved the document they were pointed in the direction of scientist Valentina Vostok (Stephanie Corneliussen) in the Soviet Union.

Ray and Mick went on the charm offensive but things soon turned sour when Dr. Stein infiltrated a research lab and discovered that Savage was trying to build an army with the same abilities as Firestorm. Stein absorbed the energy in the thermal core, which led to capture of the trio.

Elsewhere Rip (Arthur Darvill) was tricked by his mentor and almost killed, and Sara (Caity Lotz) and Kendra (Ciara Renee) tried to tame their darker sides.

The next episode of the season is Fail-Safe. Snart and Sara attempt to rescue their fellow Legends from certain death in a Soviet gulag. Rip gives Sara a secret and potentially-fatal assignment.