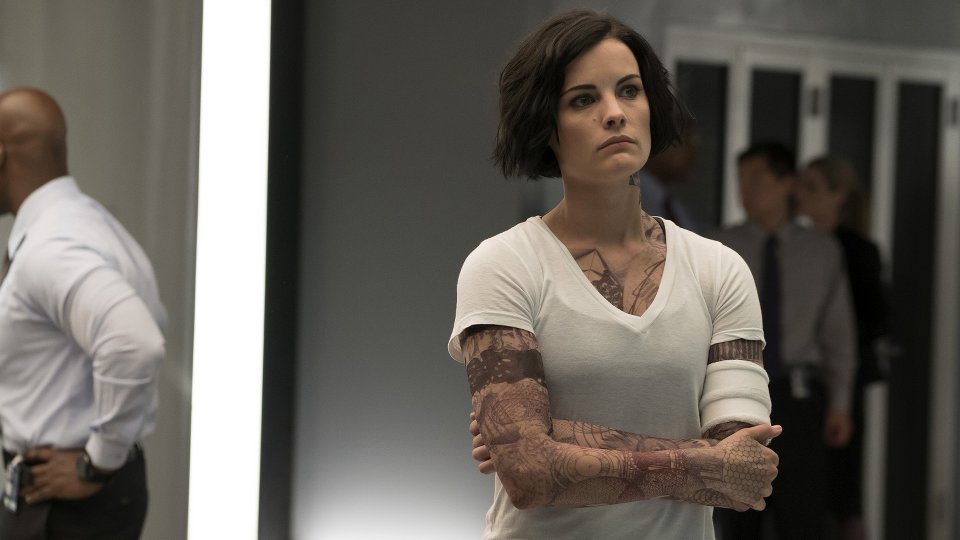 Blindspot finally arrived in the UK last night and the story of Jane Doe (Jaimie Alexander) began to unfold.

After a woman was found naked with tattoos all over her body in a duffel bag in Times Square, FBI Special Agent Kurt Weller (Sullivan Stapleton) took the lead on the case. His name was tattooed on her back but she had no recollection of knowing him and she couldn’t remember anything about who she was or how she came to be in Times Square.

Over the course of the episode Jane assisted Kurt after she decoded Chinese symbols tattooed behind her ear. They led the FBI to the address of a terrorist was about to blow up the Statue of Liberty. Jane found out that she was a trained fighter and the FBI thought she may have been an undercover Navy SEAL after looking through her tattoos.

Flashbacks revealed a man in Jane’s past that trained her with a gun and gave her the amnesia drug at her request. The same man showed up in the present day to kill the terrorist who failed his mission. Meanwhile Assistant Director Bethany Mayfair (Marianne Jean-Baptiste) linked another of Jane’s tattoos to a redacted FBI file.

The next episode of the season is A Stray Howl. A tattoo on Jane’s body points Weller and his team to a pilot with a traumatic past and a lethal plan. Meanwhile, a chilling flashback haunts Jane.

Advertisement. Scroll to continue reading.
In this article:Blindspot