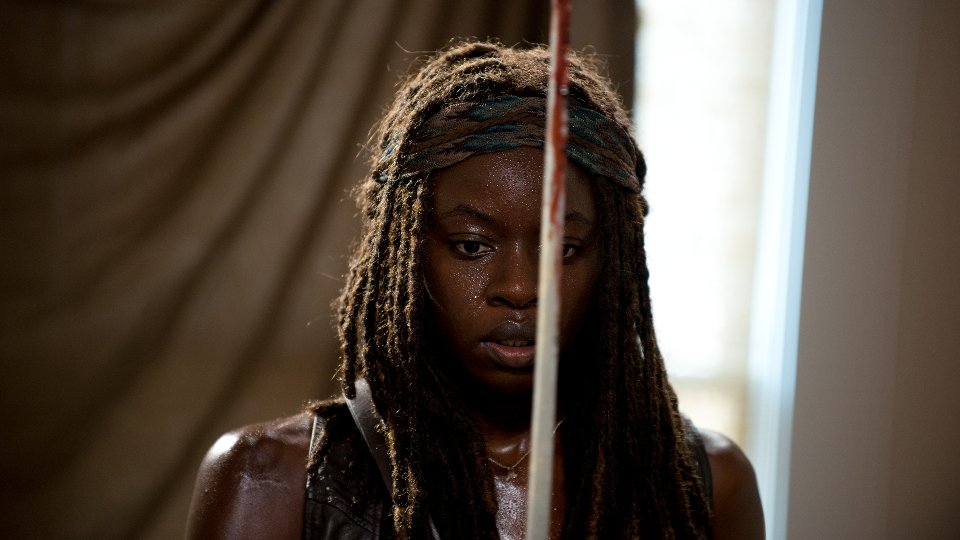 The latest episode of The Walking Dead finally confirmed that Glenn (Steven Yeun) wasn’t really dead and that he did manage to escape the horde of walkers by slipping under that conveniently placed garbage bin.

He was helped to safety by Enid (Katelyn Nacon) who was reluctant to go back to Alexandria with him. After pursuing her, Glenn managed to convince the stubborn teen to return with him but as they got close to the safe zone they realised it was surrounded by walkers.

Elsewhere in the episode Rick (Andrew Lincoln) quizzed Morgan (Lennie James) about whether or not he let some of the Wolves escape, Rosita (Christian Serratos) started to train the Alexandrians to fight, and Spencer (Austin Nichols) almost got himself killed whilst trying to sneak out of Alexandria to find a car.

As the episode drew to a close the church tower fell down taking part of the wall with it leaving the town open to a walker invasion.

The mid-season finale is From Start to Finish. After having a few moments of peace, trouble finds its way to Alexandria yet again. Only this time, the threat might be too big to defeat.