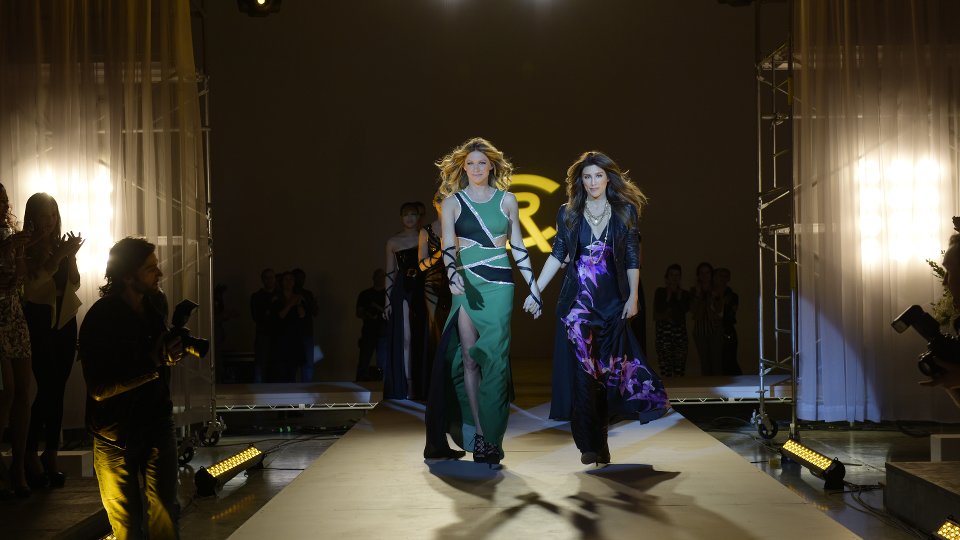 Joss (Jes Macallan) helped Calista (Jennifer Esposito) out of a tight spot on more than one occasion on the latest episode of Mistresses.

Calista woke up to the sound of Luca (Noam Jenkins) snoring and considered smothering him with her pillow. She thought about it for a few seconds and decided to let him live. Joss arrived at Calista’s to pick her up for a spinning class and found her shouting down the phone at someone. After putting the phone down Calista apologised to Joss for forgetting their plans and then told her that her event planner had let her down. Joss reminded her that she was an event planner and Calista hired her to take over. During their conversation Joss was surprised when Calista reacted oddly to hearing that she had been in contact with Harry (Brett Tucker). Calista told her to stop contacting him so she could have a real break and figure out her feelings.

Joss set about to work organising Calista’s show and she gave Harry the brush off when he called her for help. She caught up with Calista and found out that her new friend had been to visit Harry. Calista suggested that Harry had a thing for Neko (Emmanuelle Vaugier) and Joss reacted badly asking why she hadn’t told her for a week. Joss bit Calista’s head off before storming off.

At the fashion show Calista discovered that one of her models had slept with Luca and she sacked her on the spot. Joss returned to the show and found Calista in a mess. To help her new friend out, Joss agreed to step in for the sacked model and walk the runway. The next morning Calista arrived at Karen’s apartment with a huge cheque for Joss and apologised for not telling her she’d met Harry.

April (Rochelle Aytes) continued to adjust to life with Mark (Rob Mayes) and Scotty (Julius Fair) in her house. After tiring of being his personal alarm clock, Rochelle gave Mark a pep talk and suggested that he might want to consider getting a job. April returned home from work to find her house in a mess and discovered that Mark had taken on some jobs via the Internet to run errands for people. She reacted badly and told Mark that she’d speak to Harry to see if he could give Mark a job.

Toni met with the insurance company and told April that she had secured a deal for April to pay half of what she owed in instalments. April refused to pay the money and told Toni to go back to them and sort out a better deal. When Mark didn’t meet with Harry, April flipped her lid and shouted at him.

B*tch better have my money

The surprise no one wanted happened to April when she was told she had to pay back the insurance money back that she claimed (and kept) despite the fact that her husband hadn’t been dead at the time. April turned to Joss and Karen for advice and struggled to hold it all together. Karen offered to give April a loan but she refused to accept it so Karen advised her to hire a good lawyer. The following day April met with Toni (Rebeka Montoya) to talk about her case and Toni advised her to settle on a sum she could pay. April refused to pay any money back and pleaded with Toni to make the insurance company see that she didn’t know her husband had been alive.

April then eventually came clean to Mark and apologised for having a short fuse with him. Mark then admitted he was an alcoholic and explained why he didn’t think working for Harry was a good idea. Her chat with Mark made her realise that she had to pay the money back and she admitted she would tighten her belt in order to make the repayments.

Karen (Yunjin Kim) went through the procedure to help Vivian (Sonja Bennett) and became frustrated with Alec’s (Ed Quinn) patronising tone when explaining the operation to her. The next day Karen was surprised when Alec arrived on her doorstep to spend the day with her and keep an eye on her recovery. Alec received a call from Vivian and lied to her about his whereabouts setting off alarm bells for Karen. During the day they discussed Karen’s love life and Alec recalled meeting Vivian for the first time. Joss arrived home as Alec was leaving and quizzed Karen about why he’d been with her all day.

Harry arrived to work to an overenthusiastic Ellis (Kavan Smith) who was trying his best to buddy up to him. Ellis informed Harry that he’d been picked as one of the Top 10 hottest chefs in L.A. by a big magazine before telling him the magazine was coming to do a shoot with him. In a fluster Harry called Joss who told him she didn’t have time to help him and she assured him that he would have a stylist to help him. He told her he would call her later and Joss asked him not to making the conversation very awkward.

The day of the shoot arrived and Harry found out the shoot was actually for Top 10 ‘hot’ chefs rather than ‘hottest’. After being confronted by the prospect of wearing nothing but his pants, Harry realised that Ellis had told him a bit of a white lie. As he prepared for the shoot Harry turned to Neko after deciding he couldn’t call Joss for help. Neko suggested an alternative shoot involving her wearing a bikini and draping herself around Harry. As the shoot started Joss arrived and saw a half-naked Neko cosying up to Harry.

As the episode drew to a close Joss arrived at Harry’s and the two became very passionate, very quickly. Could there be a happy ending after all?