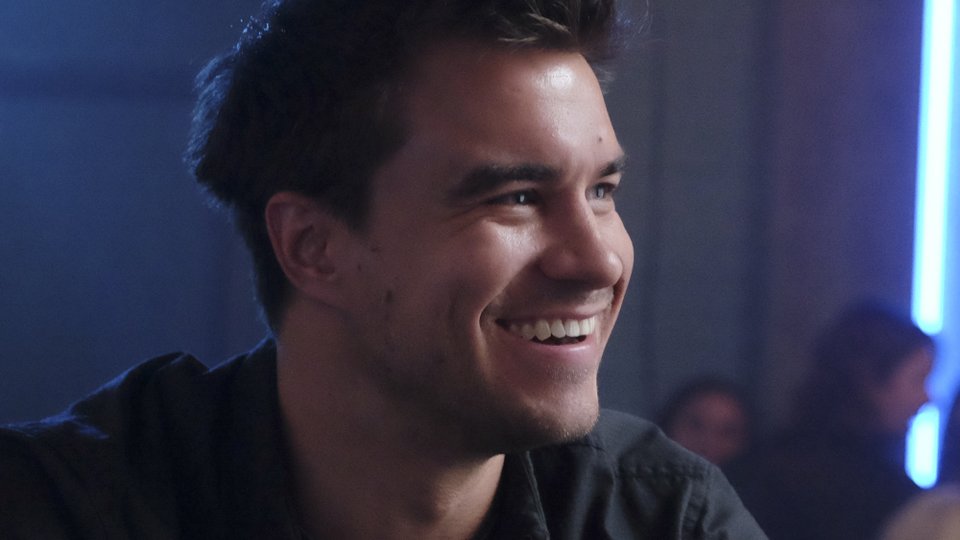 The fourth season of Mistresses kicked off on TLC last week and to celebrate we brought you an exclusive interview with Rochelle Aytes, who plays April on the show.

Ahead of this week’s second episode, I caught up with Rob Mayes who plays April’s love interest Marc. Last season the couple finally got together in the season finale after April realised she had feelings for him. As season 4 opened April and Marc had moved in together and downsized but it seems like their relationship will be anything but plain sailing.

During our conversation we discussed Marc’s decision to pursue a career in music, the difficulty of stepping into a parental role, and Marc’s bromance with Harry Davis (Brett Tucker)

Mistresses just kicked off its fourth season here in the UK. The first episode established that Marc and April are heading in different directions in terms of what they want with Marc announcing he’s going to pursue music. What can you tease about that storyline?

Well first of all it’s thematically fun and super fulfilling for me because music is my first love. To incorporate that into the show has been a real treat. It becomes this struggle, this source of tension and disagreement. Marc continues to be this dreamer and this man-child who doesn’t necessary put such import on responsibility and obligation like April does. There’s a whole element of Harry and April being like ‘c’mon man, how old are you now? You’ve got a family now and a house. You’ve got responsibilities. Kick it into gear, stop dreaming and get your head our of the clouds and man up!’

Marc doesn’t want to. I think that’s what makes him special and it’s what I love about the character; he’s got this honesty and earnestness. I think it’s a good thing. In this day and age earnestness to many people is a negative thing but to me, my definition of it, is that it represents hope, not letting your dreams die and keeping those things alive. It’s fighting for what you want and what you believe in. To me that’s a good thing.

Marc had some experience of parenting in season 3 but as we head into season 4 he’s a full-time dad to Lucy (Corinne Messiah) now. What conflicts is that going to bring?

I love nothing more than working with Corinne, she’s fantastic to work with, such a delightful girl and so, so talented. I think for Marc last season he had the kids around and was trying to be the cool dad and he wanted them to like and respect him. There was the whole kerfuffle where he took April’s kids to a shady part of town to see her artwork and ended up getting arrested because he inadvertently popped into a strip club (laughs) to use the rest room.

I think there is an emphasis, a desire and an inherent duty for Marc to grow up and to man up, and to start co-parenting as opposed to just existing in this wishy-washy state of ‘oh I’m April’s boyfriend but do I really have a voice as a parent?’. I think over the course of the season it becomes apparent that Marc wants to have a voice and he wants to be a part of Lucy’s life, more than just standing in the wings and watching everything go by and just going along with what April has to say. He does find he has more of a voice this season and I think Lucy is a big part of that for him.

Some other stuff happens with the music, and relationships – someone may or may not make an appearance from my past and cause some tension and some drama. Lucy is so smart, so intuitive and so direct (laughs) which is funny a lot of the time. She often calls April and Marc on her B.S.

Do you think maybe this is too much of a step up for Marc at this point? Was he perhaps not prepared enough for the responsibility he now has?

I don’t think so at all. I think he’s madly in love with this woman. April, Lucy and that house are his life. He’s a little out of his depth but there’s nothing wrong with that. I don’t have kids or a wife but I can imagine when you find yourself in those situations it’s scary, even if you’re madly in love with someone. When you’re raising a kid that isn’t yours, where do those boundaries lie and who establishes those? He doesn’t want to misstep that’s for sure but he wants to do what he can to step up.

One of my favourite parts of season 3 is the bromance that has blossomed between Marc and Harry. Are they going to share some screen time and storylines this season?

Yeah, we get quite a bit together. Some of my favourite scenes to do are when I’m working with Brett. You could say amazing things to everyone but it gets to the point where you’re like ‘oh you’re just saying amazing things about everyone’ but the truth is on this show everyone is so friggin’ awesome, so happy to be there and so grateful to have the work. Everyone shows up and they want to play, and that makes it so much fun.

Especially my dynamic with Brett, it couldn’t be truer. We get together and in-between shots we grab the guitars, mess around writing songs, sing goofy stuff and make these MSQRD masquerade videos. That’s our dynamic in real life and that’s our friendship. I think that’s hopefully what’s reflected on screen. That chemistry and that dynamic don’t change, it’s one and the same. There is quite a bit of us this season and it’s fun. We get together and bounce off each other in a light bromance way, as you do I suppose, and give each other advice in a laidback bromance kinda way (laughs).

Season 4 introduces Harry’s sister Kate (Tabrett Bethell) as a regular character. Is there any opportunity for her and Marc to interact?

Unlike last season, there are a handful of times that they bring us all together and it’s really nice. We didn’t have that last season because the storylines were compartmentalised and kept separate. It’s nice to have everyone together so you can share all of that energy. Those are the only times my character has any interactions with Kate. I wish there was more and I’m hoping for another season so there could be more opportunities because she’s fantastic. She’s an amazing actress and so talented. I know she’s got a really good arc this season that’s fun for her to play and even more fun for the viewers to watch.

You mentioned earlier that music is your passion and I notice you have some music out on iTunes. Do you have any plans to release new music soon?

Good question! Yeah I really, really want to. I put out an album about 10 years ago called Glimpses of Truth, and that’s on iTunes. I wrote most of the songs when I was in the naval academy and realised maybe military wasn’t the direction I wanted to go. I moved to New York to follow this art thing, hope for the best, see what happens and just make it happen. I think my music sensibility has grown and changed since then. I’ve been writing a hell of a lot over the last year and a half. I had a dry spell there for a while when I couldn’t write anything but over the last 18 months or so there’s been a lot of inspiration on the show and from relationships. I’ve just moved so all those life changes, whenever there’s anything scary or exhilarating or passionate or even sad – those things feed my music. It’s my meditation, my release and my therapy really. You put that into the songs and hopefully something comes of it. I was fortunate enough to have the show use one of my songs this season. You’ll be able to hear one of the songs I wrote. That was pretty special.

As soon as I get settled in my new house, I want to set up my recording studio and get back to work. I’ve definitely got some new stuff I want to show. I went to the gym a couple of months ago for a quick workout, put all my stuff in my locker and came back to find the lock busted off and all my things had been stolen. The worst part about it was my phone was stolen. On that phone I had so many voice notes and ideas for songs. Every time I sit down to write at the piano or with the guitar I record on the voice notes and let it run in the hope that if I come up with anything it’s captured. I lost all of those songs because they didn’t sync with the cloud. It’s frustrating. It was an exercise in letting go and moving forward.

Perhaps the only silver lining from that situation is that you may get a good song out of it?

Advertisement. Scroll to continue reading.
In this article:Mistresses, Rob Mayes