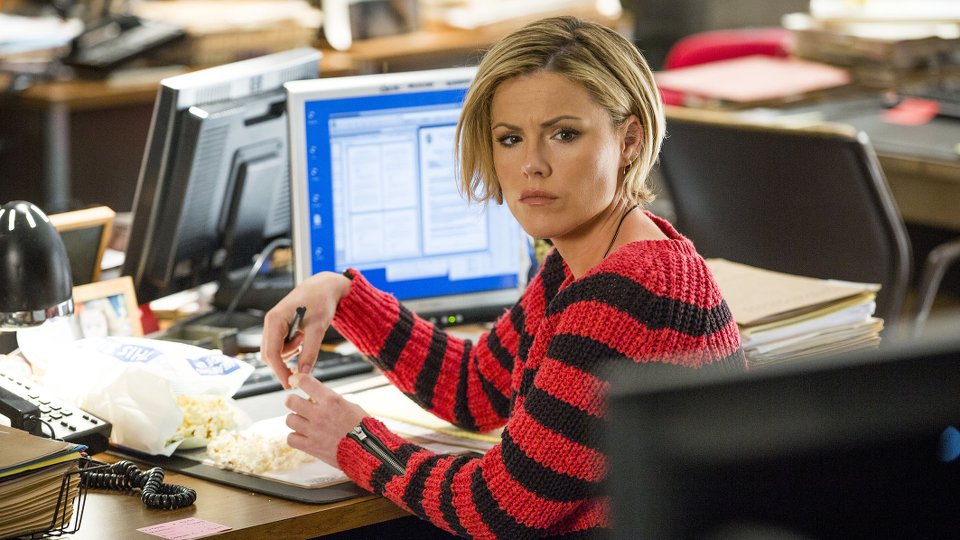 Hildy (Kathleen Robertson) and Terry (Taye Diggs) suspected that one of Erich Blunt’s (Tom Felton) employees was covering for him in the latest episode of Murder in the First.

Blunt’s technical director Ivana West (Bess Rous) was suspected of writing the suicide note found with Mark Strauss (Nick Gehlfuss). Providing her digital records, Ivana seemed to have an alibi but Terry and Hildy discovered she was lying and had written the suicide note to try and cover up the fact she was with Mark.

At the trial Hildy held her own against Warren Daniel’s (James Cromwell) questioning and Hannah (Cameron Richardson) testified that Erich raped her.

The next episode of the season is Win Some, Lose Some. As the trial against Erich Blunt reaches a dramatic conclusion, attorney Warren Daniels considers the bold move of calling his defendant, Blunt, to the stand.