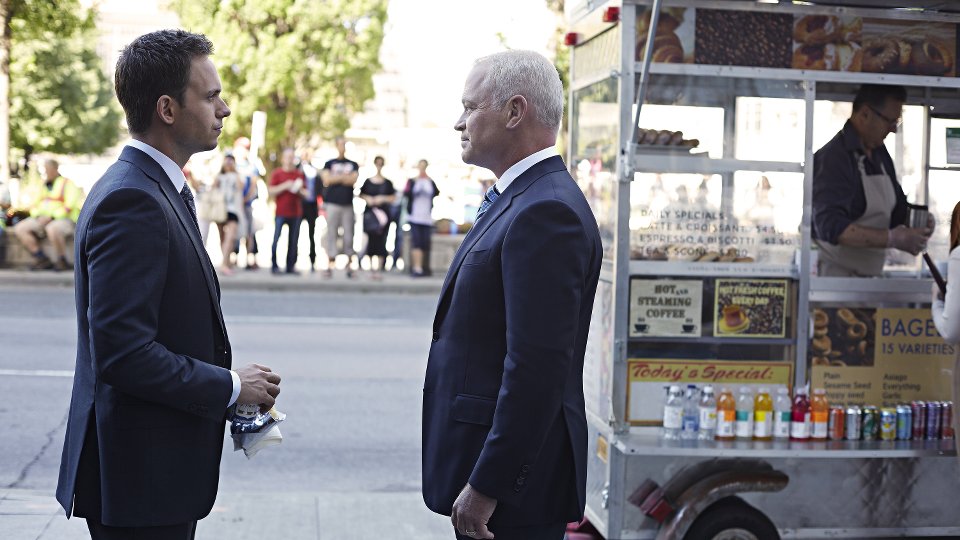 Mike found himself without a job following his sacking by Sidwell (Brandon Firla) and almost agreed to work for Forstman (Eric Roberts). Louis stepped in and prevented Mike from taking the job by rehiring him at Pearson Specter using a reward from Jessica. Unfortunately Louis also signed a receipt for Forstman implicating himself in tax evasion.

Before Mike agreed to return to Pearson Specter he tried to make up with Rachel (Meghan Markle) but that was short-lived when she came clean about kissing Logan (Brendan Hines). Mike went to stay with Harvey (Gabriel Macht) and told Rachel he needed space from her. Also Harvey finally dumped Logan as a client.

The next episode of the season is Exposure. Mike returns to Pearson Specter and takes Harvey’s old office. The net closes in on Louis. Rachel issues Mike with an ultimatum.