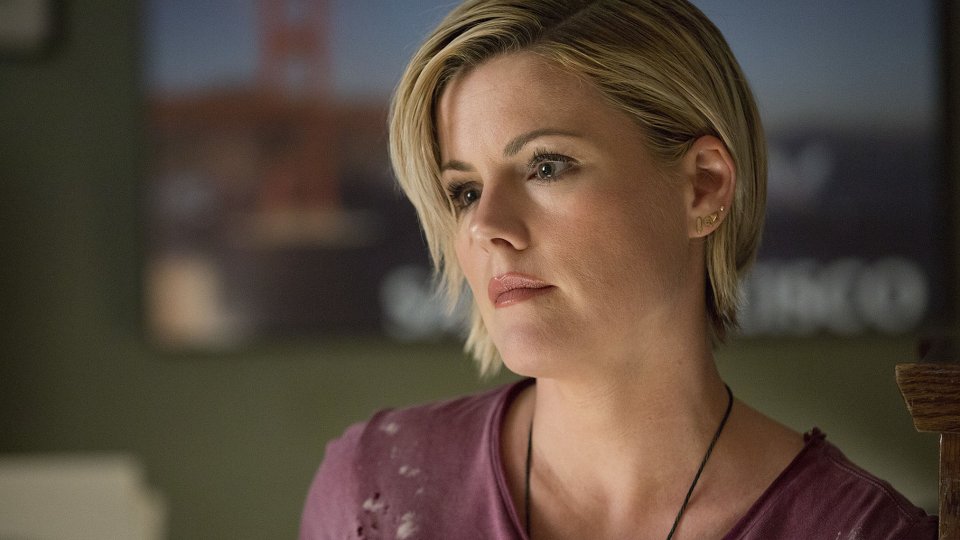 Hildy (Kathleen Robertson) clashed with Raffi (Emmanuelle Chriqui) in the latest episode of Murder in the First when the two women’s cases crossed over.

Raffi is carrying out an ongoing investigation into Sugar (Mo McRae) and Hildy’s search for the real culprit in her murder case led her straight into Raffi’s business. Sugar knows that the person Hildy is looking for is his nephew, so he trapped him inside a wall (only to free him later in the episode).

Elsewhere Kaleb’s (Adam O’Byrne) death was ruled a murder, Molk (Raphael Sbarge) and Junior (A.J. Buckley) continued to look into the case of missing undercover cop Sarah Tran (who may be alive and well after leaving a voicemail on her husband’s phone), and Koto (Ian Anthony Dale) prepared for his return to work.

The next episode of the season is The McCormack Mulligan. The pressure mounts on Terry and Hildy to discover who’s behind the cop-killings, and an anonymous tip gives Raffi a potential connection for her case against Sugar.