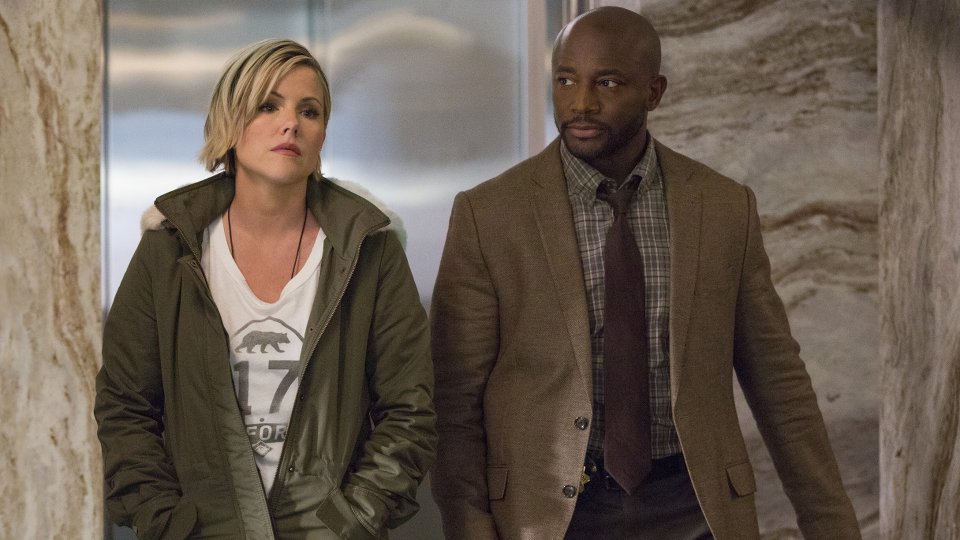 Terry (Taye Diggs) and Hildy (Kathleen Robertson) put out a false statement to the press in a bid to give them time to find the killer of their colleagues on the latest Murder in the First.

They allowed Koto (Ian Anthony Dale) to tell the press that the two dead police colleagues were victims of a murder-suicide. That gave them the opportunity to keep searching for the real killer and Hildy was worried when all signs pointed to her brother Junior (A.J. Buckley).

Elsewhere in the episode Jalil (Jayce Dempsey) was killed in the detention centre, English became wary when he discovered that Navarro (Lombardo Boyar) had issues with one of the deceased, Dustin (Mateus Ward) pleaded guilty to the school bus shootings, and Molk (Raphael Sbarge) unknowingly got involved with the same woman that Junior had been having an affair with.

The next episode of the season is Oh, Mexico. While Terry & Hildy investigate people in the department, Jamie digs into Dustin’s past to understand him, and Suger makes a shocking discovery.