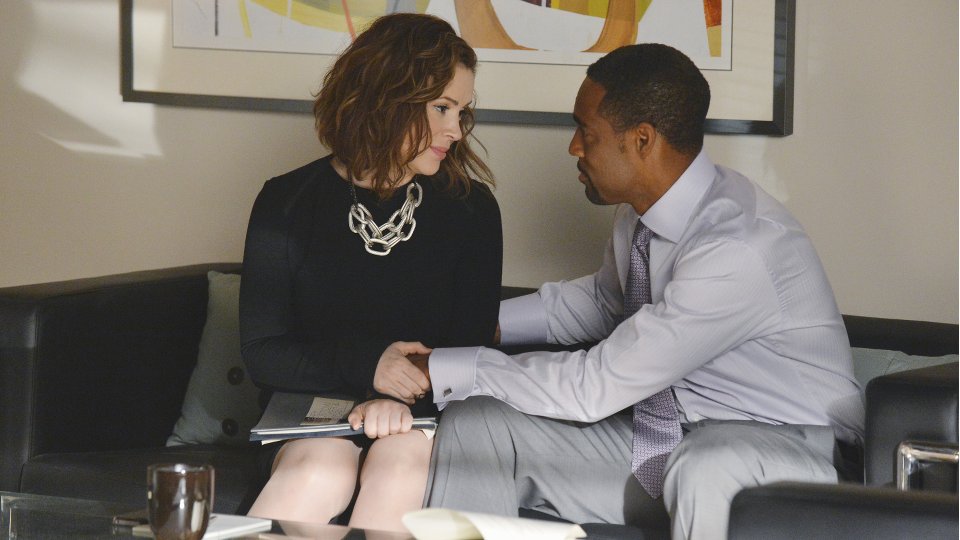 Mistresses returned to our screens last night as its second season kicked off in the UK.

The drama picked up 8 months after Savi’s (Alyssa Milano) near-fatal crash and we found out that she lost her baby. We also discovered that she and Harry (Brett Tucker) were separated and that she was continuing her relationship with Dom (Jason George).

Elsewhere Karen (Yunjin Kim) was picking up the pieces following Sam’s (Erik Stocklin) death which happened during the struggle with Elizabeth (Penelope Ann Miller) at the end of the first season. She is now working as a psychiatrist in a hospital. Joss (Jes Macallan) has started up a party planning business and April (Rochelle Aytes) is moving on after her family drama with the help of her friend Mickey (Joseph May).

The next episode of the season is Boundaries. Karen comes face-to-face with her past when she testifies at Elizabeth Grey’s parole hearing. Meanwhile, April love life takes a turn as she starts an affair.

Tune in to Mistresses at 10pm Wednesday on TLC. Preview the episode with our gallery below: