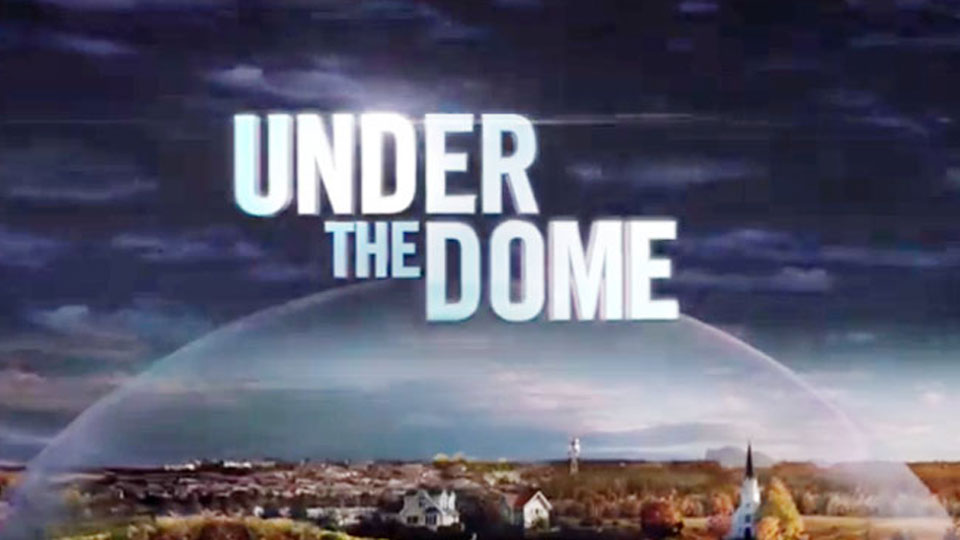 Under The Dome seemingly came out of nowhere last summer and proved to be a big summer hit for CBS.

If you haven’t seen the first season of Under The Dome we suggest you stop reading now so we don’t spoil anything for you. If you have then continue reading to find out our thoughts for the second season.

The series is based on the novel by Stephen King and was a mix of sci-fi and drama. Small town Chester’s Mill, Maine became enclosed by a giant dome that let no one in and more importantly no one out. The first season of the show focused on the conflicts between the town’s inhabitants as they tried to keep order and carry on their normal lives whilst trying to understand where the dome had come from.

At the centre of it all was Barbie (Mike Vogel) an Army veteran with secrets who formed an allegiance with reporter Julia (Rachelle Lefevre) leading the flag for the goodies. On the other side was politician Big Jim (Dean Morris) and his demented son Junior (Alexander Koch).

As the season drew to a close Julia accepted that she was the Monarch and threw the mysterious egg into the lake. That set off a chain of events that cleared the dark sky in the dome giving way to a bright light that Big Jim saw as a sign that he and Junior should hang Barbie in public. EEK!

We’ve had a think about what we want to see when the show returns so keep reading to find out:

1. Barbie to survive. Ok we’ll be pretty shocked if he gets killed off but the cliff-hanger did leave his fate in the balance. Barbie is one of the best characters in the show and it would be a real shame if his fledgling romance with Julia was cut short. Keep your fingers crossed.

2. Some answers. The first season of the show was very short on answers instead just adding more and more questions over the 13 episodes. We don’t expect to find out the whole story behind the dome just yet but we would like to understand a bit more about where it came from and why. There’s a danger the show could enter into ‘making it up as it goes along’ territory which is a bit of a worry.

3. Sheriff Linda (Natalie Martinez) to find a bit of backbone and show she deserves the title she’s inherited. No character in the first season was more clueless or stupid than Sheriff Linda. For someone who works in law enforcement she was easily the show’s most gullible character and believed anything that anyone said to her at any point in time. Come on woman, engage brain and think for yourself!

4. Junior’s comeuppance. After holding Angie (Britt Robertson) hostage in his dad’s bunker than continuing to be creepy with her once she escaped, Junior is in severe need of being taught a lesson. He constantly came up against Barbie in the first season but after being welcome back by daddy Big Jim to help him create more havoc someone really needs to take him out. We hope that person is Barbie.

5. Avoid doing a ‘Lost’. What is doing a Lost we hear you say? Well as you may remember that show had a bad habit of introducing endless new characters that apparently managed to live on the same island as the survivors but never get discovered until a convenient plot point. Under The Dome had a bit of this in season one with Maxine (Natalie Zea) and the secret island no one noticed existed in a dome with infinite floor space. We want the second season to focus on the central characters rather than adding loads of new ones that have ‘been there all along’.

6. Surprise deaths. The first season had a couple of these with Chief Perkins (Jeff Fahey) getting killed off in the first episode and Alice Calvert (Samantha Mathis) dying pretty suddenly leaving her daughter Norrie (Mackenzie Lintz) and her wife Carolyn (Aisha Hinds) to go on without her.

7. More Angie. She is one tough cookie and she got through a fair bit in the first season. We want to see her working more with Barbie and Julia coming into her own as a main character. She’s still got her brother Joe (Colin Ford) to look after but we think she’s destined for a bigger role this season.

8. Big Bad Jim. Ok we know his actions in the first season were pretty bad but we want to see Big Jim even more dastardly in season 2. He clearly wants to (and thinks he does) run the town and he’s able to fool Sheriff Linda easily. He’s done a fairly good job of hiding his true colours from most of the town but now Barbie, Julia and Angie know what he’s really like, and capable of, he’s going to need to up his game to stay on top.

9. Barbie and Julia’s relationship. As we mentioned before this was fledgling in season one and seems to have survived the revelation that Barbie killed Julia’s husband. We want to see plenty more scenes with these two as they have great chemistry and their relationship is one of the strongest strands of the show.

Under The Dome returns to CBS in the US on 30th June with a UK transmission on Channel 5 set to follow shortly after. Check out a preview of the new season below:

Advertisement. Scroll to continue reading.
In this article:Under The Dome