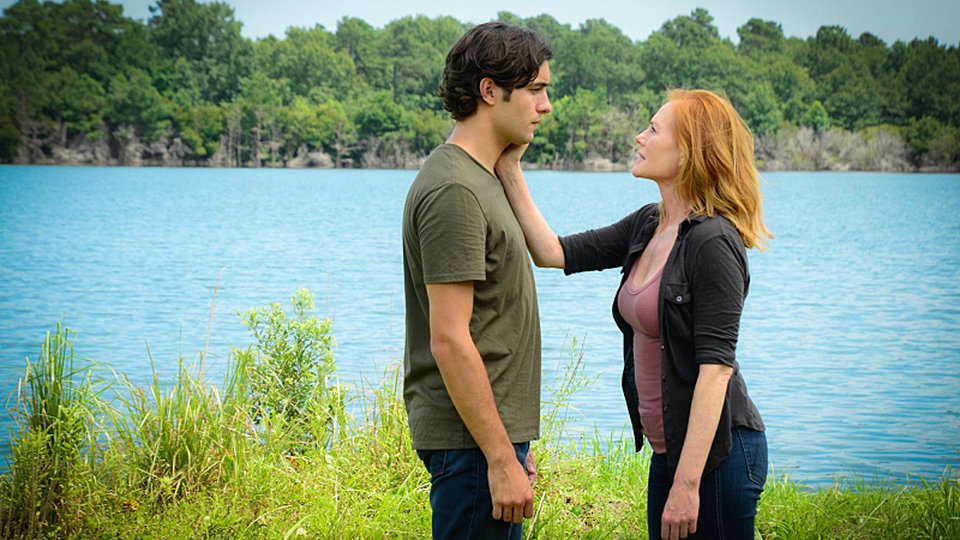 Barbie (Mike Vogel) tried and failed to release Eva (Kylie Bunbury) from the Kinship on the latest episode of Under the Dome.

Discovering that she was now heavily pregnant, Barbie tried to get Eva on side but he couldn’t break her free from Christine’s (Marg Helgenberger) influence. As she went into labour he took her to the motel and he and Julia (Rachelle Lafevre) delivered the baby. Soon after it was born Eva became powerful and threw Barbie out of a window. As he and Julia fled for safety, Christine tracked Eva down and killed her.

Elsewhere in the episode Joe (Colin Ford) continued to willingly work for Christine to try and bring the dome down and Junior (Alexander Koch) was captured by Aktaion but managed to escape after tricking Big Jim (Dean Norris).

The penultimate episode of the season is Incandescence which will be followed by the final episode The Enemy Within. As the dome’s calcification accelerates, the townspeople have 24 hours left before they will suffocate; Julia and Barbie race to save Barbie’s child; Hektor is adamant that the infected townspeople should never escape from the dome.

Tune in to Channel 5 at 12:55am on Tuesday to see the episode. Preview it with our gallery below: